Mike Liotti has had a passion for boats since he was a child.

The Broad Ripple resident grew up around boats, and his passion grew as he did. At 11, Liotti participated in wakeboarding competitions with his brother, Brian. The boys grew up learning to wakeboard on Geist Reservoir. 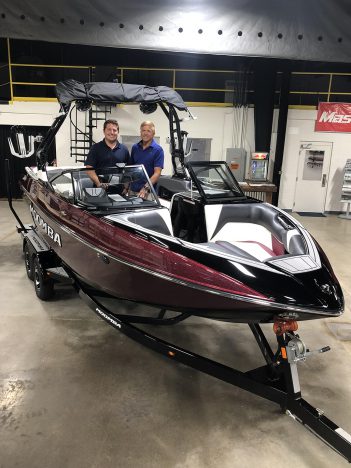 Liotti previously worked for his father’s company, Midwest Mole, a full-service boring, tunneling, directional drilling and railroad services business. Liotti was a project manager. His father, Dan Liotti, sold the company and retired in July 2020, so the younger Liotti decided to pursue what he loved.

Liotti, who has a degree in management from Purdue University, began conversations with Pro Wake Watersports in the fall of 2020 and purchased the company April 1.

“We had our family business, and I loved it and loved the people there, but I felt like there was something else out there,” Liotti said. “I wanted something different. I wanted to do something I absolutely loved.”

Liotti’s friends who were boat owners always called him when they needed work on their watercraft, so Liotti decided to pursue that career.

“People always called me when they couldn’t get (professional) help to work on their boats,” Liotti said. “They’d call me and say, ‘Can you take a look at it?’ I grew up around boats and love them. I saw a need for service. We have this relatively short summer, so when a boat is down, losing a month out of the summer is tough.”

Liotti said Indy Boat Co.’s goal is to have personnel and equipment available to get boaters back on the water quickly if they have a need for service during the summer months.

“I thought about starting a boat repair shop, but I heard about Pro Wake Watersports and wasn’t sure of their plans growth wise, but I was familiar with the brands, so I reached out to see if they would entertain a buyout,” Liotti said. “The previous owners were in the process of making a decision for the future of Pro Wake Watersports, so it was great timing.”

Liotti changed the name to Indy Boat Co. in July.

“We tried to keep Pro Wake Watersports, but it was just a little too confusing to the manufacturers and customers,” said Liotti, noting there was a second Pro Wake Watersports store in Leesburg stirred confusion. “They were different stores. We didn’t want to change the name right away, but eventually we realized it was time to start our new path.”

Indy Boat Co. is a full-service boat dealership with sales, service and demonstrations. It is in the process of increasing inventory.

The company entered its busy season after Labor Day.

“Everybody starts calling and scheduling for storage and winterization and bringing boats in,” Liotti said. “A lot of customers get heavier work on their boats scheduled throughout the winter.”

Boats are stored at Indy Boat Co. and at some of the company’s off-site storage facilities.

Because most of the company’s customers are from the Morse and Geist reservoir areas, Liotti is exploring moving to the Noblesville or Fishers area.

At the moment, demand is surpassing supply in boat sales. Indy Boat Co. sells four premium brands — MasterCraft, Supra and Moomba boats, as well as Sylvan pontoon boats, and it also has a supply of used boats. Boat loans can have a term of up to 20 years.

Dan Liotti grew up in Carmel and attended Purdue University.  After he and his wife Laura married, they wanted to live by the lake and moved up to the Geist area in 1987. The family purchase a 2003 MasterCraft wakeboard boat in 2004 and still own the boat.

“We moved out on the lake and bought a home on the water,” Dan Liotti said. “We always had a boat growing up, and we bought a 2003 MasterCraft wakeboard boat. That was the first new boat purchase for our family. Then my kids started to wakeboard around the Geist area back in 2004. We would go to wakeboard contests, and Brian and Mike would compete at some of these wakeboarding contests throughout the state.

“With purchasing the business, we were very fortunate to have our existing Sales Manager Michael Sahm and our Service Manager Jim Warner remain with the company.  With their knowledge and experience in the boating industry, we will be able to take our sales and service to the next level,” Dan Liotti said. 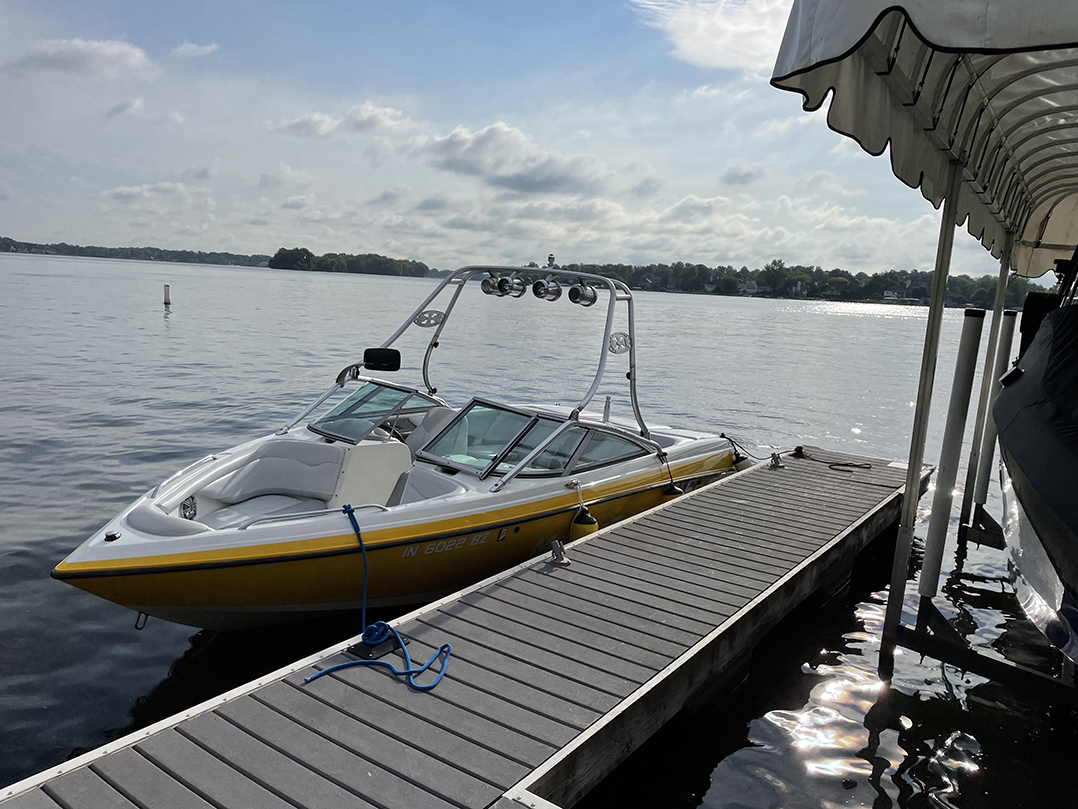 The Liottis bought a 2003 MasterCraft wakeboard boat in 2004, and their sons, Brian and Mike, began wakeboarding shortly after.

February of next year will be the first time the Liottis will attend the Indianapolis Boat, Sport and Travel Show as vendors.

“We have always gone as a family, so we are going to rely on our team that has worked for Indy boat shows in the past,” Indy Boat Co. president Mike Liotti said.

“It’s nice for boaters, because it’s the middle of the winter and everybody’s stuck inside, so they can go to the boat show and spring is around the corner,” Liotti said.