You are at:Home»Current in Carmel»Carmel Community»Carmel city council narrowly votes to nix doubling support for arts in passing 2022 budget
Correction: A previous version of this story misstated how long the sculptures of jazz musicians have been displayed near the Palladium. They’ve been on display for approximately five years.

The Carmel City Council unanimously approved the city’s 2022 budget at its Oct. 4 meeting, but not before voting to maintain the city’s support for the arts at 1 percent of the general fund instead of bumping it to 2 percent, as proposed by the mayor’s office.

The 2022 budget, originally proposed at $172 million with $120 million for the general fund, is nearly 9 percent bigger than the 2021 budget. It includes a 3 percent cost-of-living adjustment for employees, and, with the council approving a tax cap resolution Oct. 4, won’t raise the city property tax rate beyond its 2021 level of 78.77 cents per $100 of assessed value.

Before the vote on the budget, Councilor Jeff Worrell proposed an amendment cutting the mayor’s proposed doubling of funds for the arts by $483,000, which would maintain the 1 percent commitment but also provide $250,000 for artwork honoring veterans planned near Carmel VFW Post 10003, $110,000 to help fund a sculpture of an Indian family and $240,000 to purchase three Seward Johnson sculptures of jazz musicians on display near the Palladium that have been on loan to the city for approximately 5 years.

Worrell’s proposed amendment was in response to several councilors saying they wanted more specific information about how funds would be spent if the arts budget was increased.

Councilor Miles Nelson said he supported the amendment because of the positive economic impact Carmel’s previous investment in the arts has made in the community.

“We need to compete with other cities in Hamilton County and the Midwest, and, frankly, in the country, and so far we are doing an amazing job of outperforming and punching above our weight class,” Nelson said. “But we must continue investing and not resting on our laurels.” 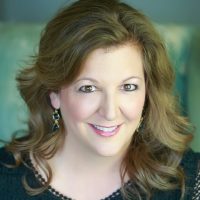 Finkam, who voted against the amendment, said that the city’s support for the arts will be at a record level in 2022 even without doubling the budget for it, as the total donation grows each year along with the general fund.

The amendment failed, 4-4, with councilors Adam Aasen and Kevin “Woody” Rider joining Nelson and Worrell in support and councilors Tony Green, Tim Hannon and Laura Campbell joining Finkam in voting against it.

After the tie vote, Rider proposed amending the budget to provide 1 percent of the general fund to support the arts rather than the proposed 2 percent, because, per state law, the city would revert to the 2021 approved budget for 2022 if the council failed to approve a new one.

“The people who would be harmed the most by last year’s budget are our city employees,” Rider said, pointing out that their planned raises would be erased.

Another amendment to the budget approved by the council increases the city’s support for The Cherish Center, a child advocacy organization that conducts forensic interviews of children in Hamilton County who have been molested or abused, from $50,000 to $60,000.

Rider, a longtime board member of The Cherish Center, proposed the amendment. Interim Corporation Counsel Jon Oberlander said Rider was eligible to vote on the matter because he does not benefit financially from his work with the organization.