You are at:Home»Current in Noblesville»Noblesville Community»Schultz retires as state police dispatcher

After 20 years as an Indiana State Police dispatcher, Donna Schultz has decided it was time to concentrate on one job. 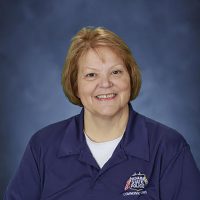 As an ISP telecommunications operator, Schultz offered help to first responders communicating via radio and people calling 911 for help. According to an ISP media release, she was admired by her co-workers for her calm demeanor and going out of her way to help others.

“It’s was a very rewarding job,” Schultz said. “I enjoyed everyone I met there. You never knew what to expect from day to day, whether it was going to be a slow day or busy. I will miss the co-workers and the people and the excitement of something new every day.”

Schultz said she enjoyed helping troopers and first responders and joked that sometimes on snow days, she dreaded going in because of the volume of accidents.

Schultz saw her major role as assisting the troopers.

“The biggest thing was protecting them and making sure they knew everything before going into a situation,” Schultz said.

Schultz, a 63-year-old Cicero resident, began as a dispatcher at the Sellersburg Post in 2001.

“When they went to regional dispatch, I came to Indianapolis in 2009,” Schultz said. “My husband died in 2002. My daughter lives in Noblesville, so that was a blessing to come up to the Noblesville area. My son lives with me as well.”

Her daughter, Julie Oelschlager, is a business teacher at Hamilton Heights High School and lives in Noblesville. Her son, Christopher Schultz, is a custodian at Hinkle Creek.