You are at:Home»Current in Westfield»Westfield Community»Westfield police arrest man after shots fired 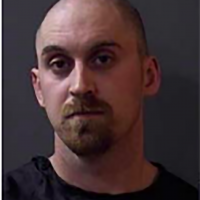 On Oct. 18, the WPD responded after shots were fired in the 500 block of Sonhatsett Drive. Upon arrival, officers learned two neighbors, one being Gerber, were consuming alcohol and got into an argument that resulted in shots being fired. Gerber fled to his residence in the 600 block of Birch Street.

The Noblesville/Westfield Emergency Services Unit responded. When Gerber refused to come out of his residence, the ESU team made entry and arrested Gerber. He faces charges of criminal recklessness with a deadly weapon, pointing a firearm and carrying a handgun without a license.