You are at:Home»Current in Carmel»Carmel Community»City of Carmel seeking continued feedback on draft of updated comprehensive plan 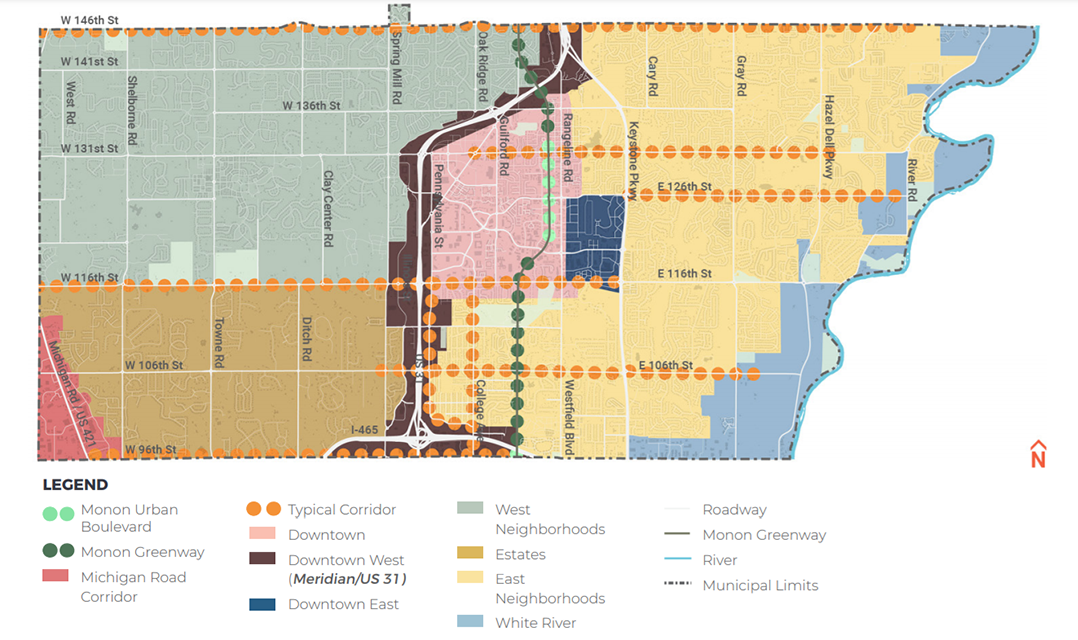 The City of Carmel is updating its comprehensive plan, and officials are asking for additional feedback from the community as they continue the process.

The updated draft was introduced to the Carmel Plan Commission at its Oct. 19 meeting, and several residents provided thoughts on the plan during a public hearing. Their comments ranged from urging more residents to become involved in the process to asking for less density in certain areas of the city to asking for clarification of certain terms.

The city is partnering with Indianapolis-based real estate and consulting firm Greenstreet and Cincinnati-based urban growth firm YARD & Company to update the plan. The team has already gathered feedback in a variety of settings, including stakeholder meetings, virtual presentations and online.

Mark O’Neall, a senior associate with Greenstreet, identified a couple of themes that have developed during the process, including that Carmel has made a name for itself nationally and globally since the last update to the plan.

“Carmel can leverage its own gravity and be picky about what we build and how we develop and think about how to best use our land, since really there isn’t room for annexation,” O’Neal said.

O’Neal also said that future growth is likely to focus on redevelopment in the city’s core, as there are few green fields left for new development.

The commission’s committee of the whole expects to hold several public meetings in the coming weeks to thoroughly discuss different aspects of the proposed updates. Meetings are tentatively set for Nov. 2 and 30, with others likely to be scheduled.

Kevin “Woody” Rider, a city councilor who also serves on the plan commission, urged Carmel residents to provide feedback on the plan early and often.

“Don’t wait until the end, because we need those comments and those thoughts throughout the process,” he said.

The updated draft can be viewed at CarmelComprehensivePlan.com, where readers can leave feedback.

After the committee meetings, the plan commission will hold another public hearing before taking a vote on the updated plan. The draft will go to the city council for final approval, and residents also will have opportunities to provide feedback at that stage of the process.

The Carmel Plan Commission was originally scheduled to discuss a proposed rezone of The GOAT tavern from residential to business zoning at its Oct. 19 meeting, but the matter has been tabled to the Nov. 16 meeting.

City of Carmel Planning Administrator Rachel Keesling told the commission that owners of The GOAT, which has been closed since April when the Carmel Board of Zoning Appeals denied use variances for the property, are still seeking B2 zoning and have agreed to submit a development plan for the site. They continue to work with city planners to refine plans for the site at 220 2nd St. SW.

Keesling also said that the petitioners have hired Studio M Architecture to better enclose the space and add bathrooms, which are expected to help with noise complaints and customers urinating on adjacent property, respectively.