After learning that the City of Carmel was restarting its bike share through a company called Tandem Mobility, City of Lawrence officials decided to offer something similar.

“My understanding is the city tried to start a bike share a few years ago and was looking for sponsors and it didn’t ever materialize,” City of Lawrence Communications Manager Daniel Beyer said. 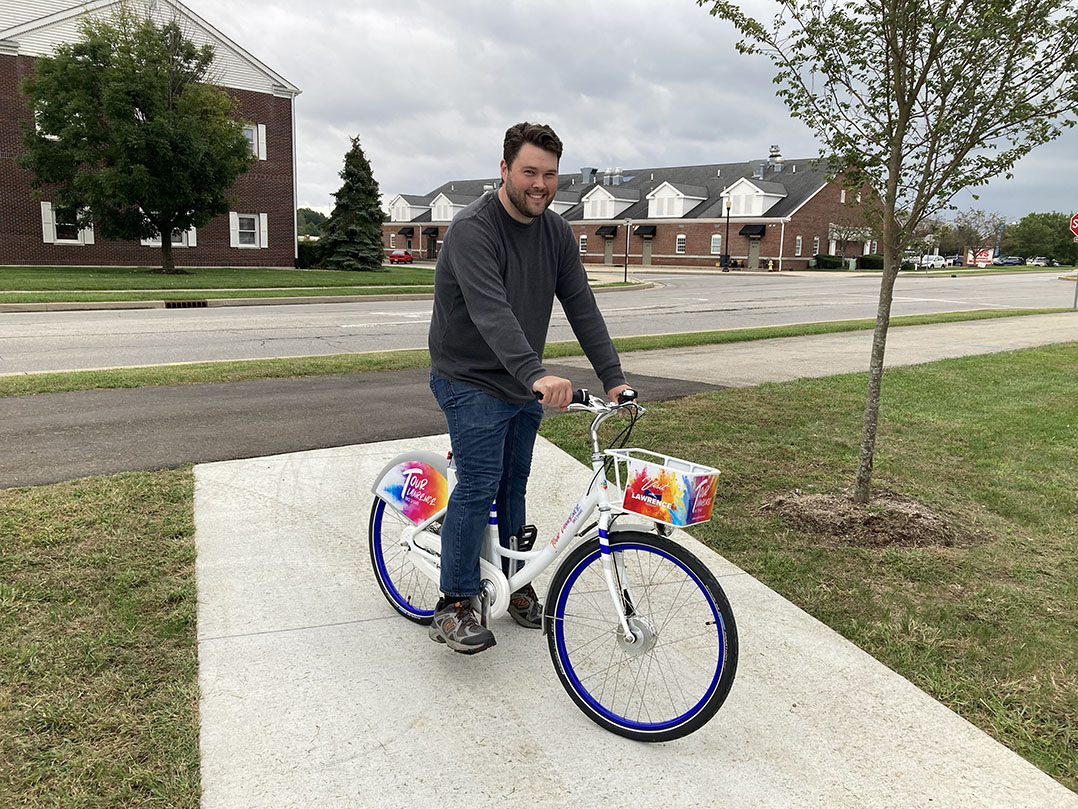 “We thought we would go ahead and get started without any sponsors and pay for the investment ourselves and hope to grow the program in the coming years,” Beyer said.

Lawrence opened two bike stations on Oct. 8 Each is equipped with five bikes. One station is at the City of Lawrence Government Center, 9001 E. 59th St., and one is at the Fort Ben Cultural Campus near the Sterrett Center on Otis Avenue. The infrastructure and bikes totaled $20,000. The city signed a three-year contract with Tandem Mobility.

The bikes cost $1.50 per half hour to rent. An annual pass is $30 and allows for the first hour of each rental to be free. A monthly pass with a similar set up costs $10. Bikes are rented through the Movatic mobile app.

Beyer said the city hopes to offset its investment through rental fees and potential sponsorships.

“I think it’s a great amenity for the city to have for people who live here, especially with (Fort Harrison State Park),” Beyer said. “If you park at the government center, we are at the entrance to the state park.”

“We called it ‘Tour Lawrence’ because we think Lawrence is a great city, and we would love people to go around and see everything that’s here,” Beyer said. “Fort Ben is kind of like our downtown, and that’s where we’re starting this. There’s really a lot to see and do.”

Beyer said the city wants to grow the program and open other stations in the future. He said the city is working with Fort Harrison State Park to create a deal that allows those on the Tour Lawrence bikes to enter the park for free.

“That must be approved by the state, so it’s in the works,” Beyer said. “It’s slow going. That’s our goal hopefully for next year.”

Since opening, the bike stations have had more than 70 rentals. Lawrence Mayor Steve Collier was the first customer.

“The whole idea is about making the city a more walkable and more tourable city, and that fits right in with the bicycle,” Collier said. “It provides the perfect opportunity for people coming here to visit. We’ve actually seen quite a bit of use already.”

Business owners interested in sponsoring the bikes can email Beyer at dbeyer@cityoflawrence.org. 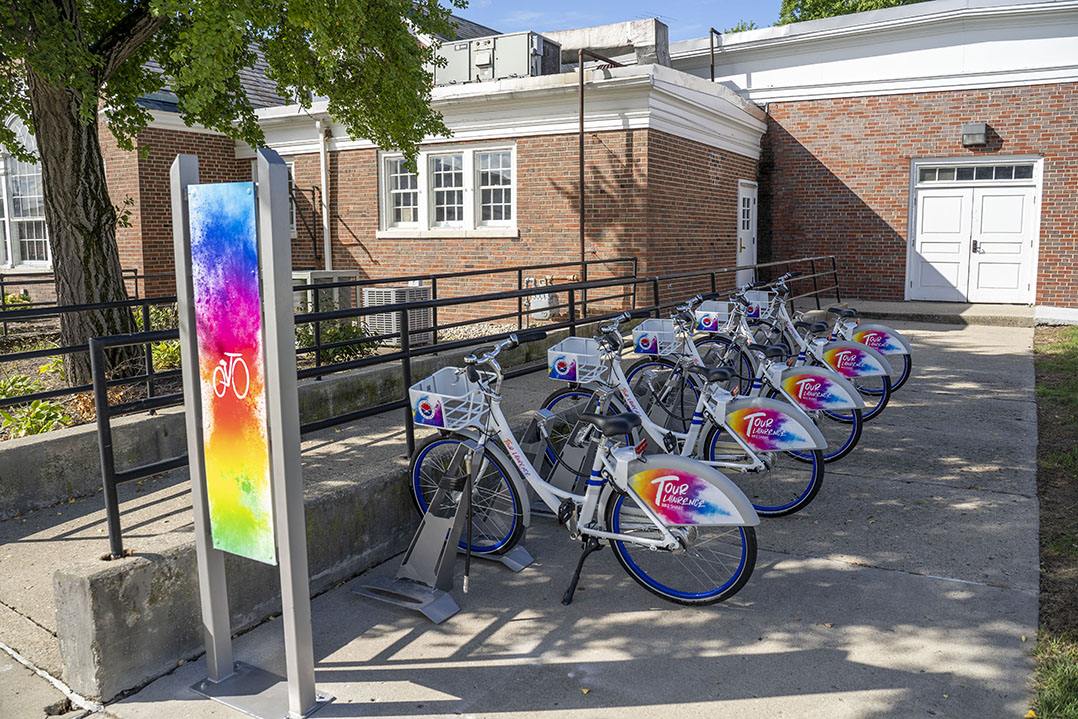 Since joining the city three years ago, City of Lawrence Communications Manager Daniel Beyer main goal for the city has been to increase tourism.

“It’s been something I’ve been slowly working on,” Beyer said. “It’s always been one of my goals to help out small businesses and showcase all the great things in the city.”

Beyer is creating a commercial that shows someone renting a Tour Lawrence bike, riding the bike to Porter Books and Bread, biking through Fort Harrison State Park and then getting lunch at a small business in Lawrence.