You are at:Home»Current in Westfield»Westfield Community»Molina offers suggestions for effective communication with veterans 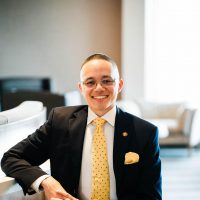 The former sergeant in the U.S. Marine Corps delivered what he called a virtual keynote speech and workshop Sept. 28 with nonmilitary NASA employees at Goddard Space Flight Center in Greenbelt, Md.

“It’s all about helping to create an environment of care for veterans and their military-connected families,” said Molina, a Westfield resident.

Molina stressed the concept of “radio checks” at the beginning of his speech.

“We do radio checks to make sure there is two-way communications,” Molina said. “Whenever somebody enlists in the military, there is a lot of training right at the beginning. There can be anywhere of four months to 1 1/2 years before you even join your unit and start contributing to the military.”

Molina said the beginning period is transitioning members from a civilian mindset to a military mindset.

“When we leave the military, we are given two to seven days of transition training. If we’re lucky, we get seven days to transition from a military mindset to civilian mindset,” he said.  “As soon as we leave, it’s a different world.”

After World War II, about 25 percent of Americans had served in the military, Molina said.

“Nowadays, less than 1 percent of Americans have served,” Molina said. “I wish there were no conflicts. I wish we don’t need a military, but we do.”

Molina said with so few Americans now serving, there is a disconnect between what the military culture is and how to appreciate it.

Molina said many people thank veterans for their service but don’t know what else to say.

“They’ll ask questions that are a bit insensitive, like, have you ever been to war, have you ever been deployed, or have you have killed someone?” he said. “That last question is usually after a few drinks after you have liquid courage. Those types of questions can make some veterans relive traumatic experiences that they don’t necessarily relive at the moment.”

Molina said many NASA employees said they felt ill-equipped to deal with the pain that some of their military veteran employees are going through after the U.S. withdrew from Afghanistan and 13 Marines died in an explosion.

“We agreed that I would speak for 40 minutes, then leave 20 minutes for Q&A,” he said.  “After the 20 minutes of Q&A, we went an extra 30 minutes because they continued to have meaningful questions.”

Anyone interested in connecting with Molina can visit linkedin.com/in/chris-molina/.