You are at:Home»Current in Westfield»Westfield Cover Stories»Looking ahead: Construction on projects beginning in 2022 include Union Square, Northpoint spec buildings

Mayor Andy Cook said the City of Westfield has major projects planned for 2022. Categories include economic development, roads and special projects, such as Grand Junction Plaza. 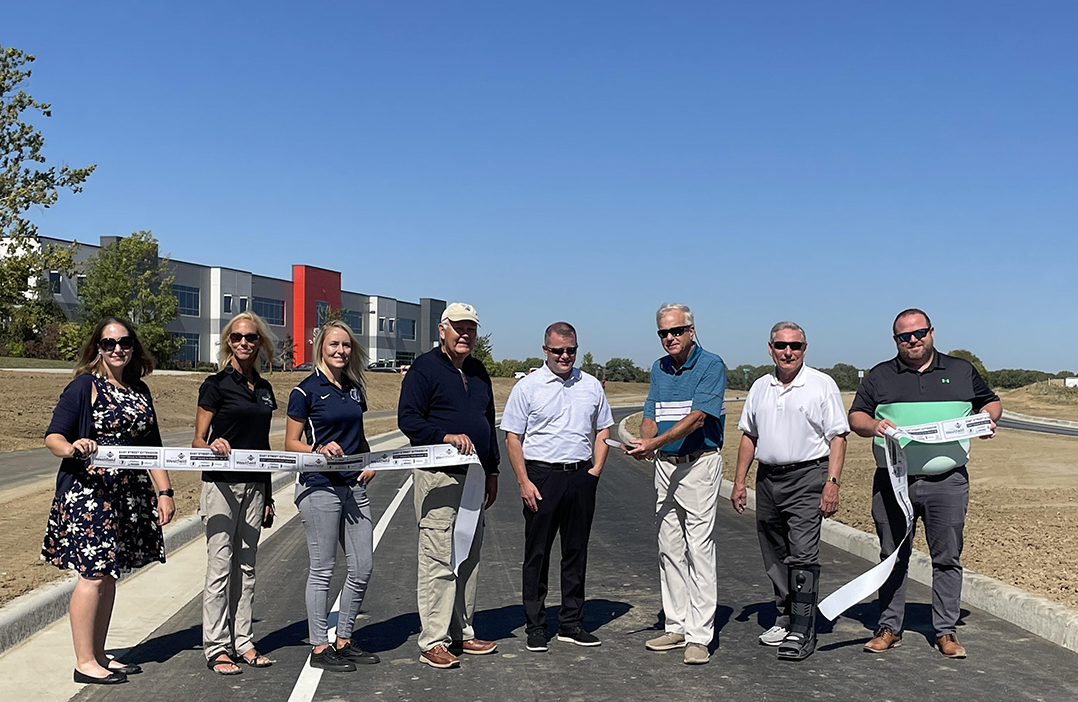 Three warehouse buildings will be under construction in 2022, two of which are spec buildings.

“It’s quite unusual,” Cook said. “Because of the demand of warehouse space today, they will probably lease out before they’re even built. (Constructing spec buildings) usually isn’t done in the industrial world, but the market is so strong, we occasionally lose out on some economic development projects because we don’t have any buildings that are ready to move in to.”

Cook said many large companies, such as Bastian Solutions and Abbott Labs, both of which operate in Northpoint, typically plan expansions years in advance. Smaller companies act much quicker.

“There’s a whole different tier of smaller companies that run out of space, and they see an opportunity where they need more space but they need it now,” Cook said. 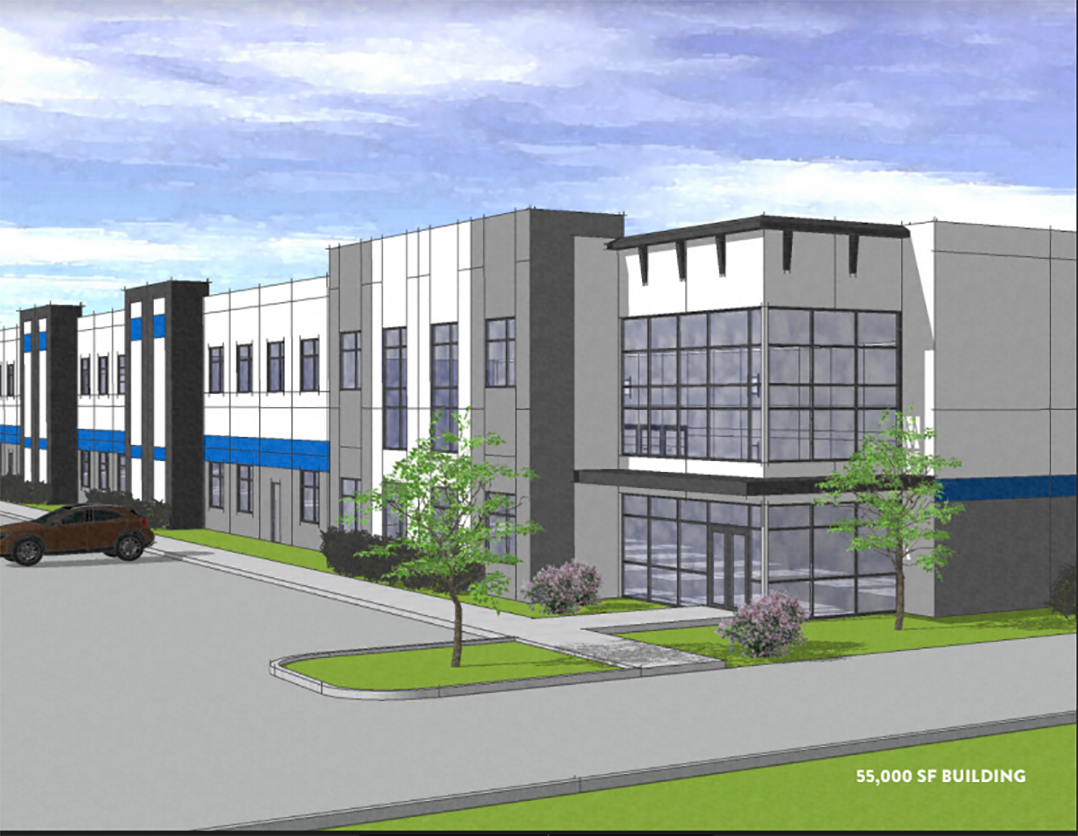 A rendering of one of the spec buildings planned for Northpoint. (Rendering courtesy of Chase Smith)

One spec building will be complete at the end of 2022, with the second ready to break ground. The development originally planned a third spec building, which has walls and steel beams already constructed, but the building has already been purchased by a company that hasn’t been announced

“They will be used just as raw space ready to go,” Cook said. “The building can be divided up. It doesn’t have to be one entire building.”

Construction is under way on 191st Street from U.S. 31 to Tomlinson Road. A new roundabout is planned for Chad Hittle Drive, and 191st Street will be expanded to be more boulevard-style with left-turn and right-turn lanes. Cook said that project will wrap up in late 2022.

Construction of a roundabout at Union Street and 161st Street will begin in the spring and be completed by the end of 2022.

Per the tunnel at the Monon trail crossing on 161st Street, Cook said the city is progressing with design, engineering and land acquisition and will bid the project next year.

“Then the council will have to decide if they want to proceed or not,” Cook said.

Plans to widen Ind. 32 through downtown Westfield are well under way.

“INDOT is in the process of land acquisition, which will be their project for 2022,” Cook said. “Everything is on track to construct in 2023.” 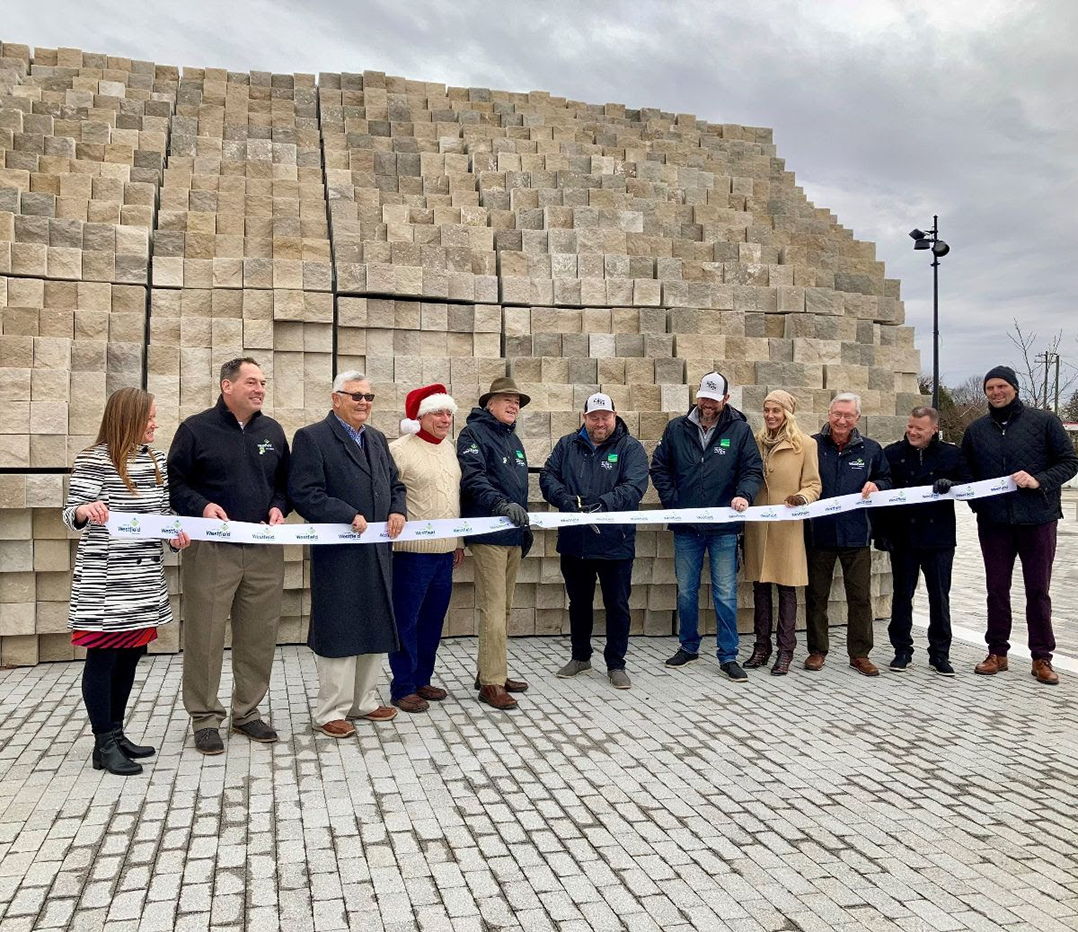 The long-awaited Grand Junction Plaza also will have its official opening in spring 2022.

“I think people are just itching to get into what they can (at Grand Junction),” Cook said. “We’ll finish it, but it’ll be more like spring 2022.”

Old Town Companies will begin construction of Union Square at Grand Junction southwest of Ind. 32 and Union Street in 2022. Union Square is a mixed-use development with multi-family units and a commercial component.

“(Old Town Companies CEO Justin Moffett has) got some interesting tenants, but he won’t tell me who yet,” Cook said. “His demand for that building has been very, very high.”

Union Square also will include a parking garage.

AN EXERCISE IN PLANNING

“They are 100 percent funding this project from money they raised from the Dinner on Union Street,” Cook said. “It’s a comprehensive plan for the overall downtown ranging from U.S. 31 to East Street and 171st Street to Hoover Street.”

Although specific details of the plan haven’t been announced, Cook said it will include road structures and “general locating of what should go where.”

“It’s building upon the Park Street rectangle and, ‘How do we complement that area?’” Cook said. “The demand for downtown is really increasing. The downtown is finally going to pop because of Grand Junction.”