Riverview Health patients are now able to take advantage of the latest development in robotic-assisted surgery.

Riverview Health purchased the most recent model in the summer 2021. Dr. George Negrete, in his third year as a Riverview Health general surgeon, said the da Vinci Surgical System has been around for more than 20 years and has become more advanced. The manufacturer, Intuitive Surgical, said the name is derived, in part, from the fact Leonardo Da Vinci’s “study of anatomy led to the design of the first known robot in history.”

There are three primary forms of operations: open, laparoscopy and robotic assisted.

“In the 1980s, we advanced to laparoscopy surgery, which was a less invasive surgery where there were smaller incisions,” Negrete said. “Through the small incisions, you were able to insert instruments to get the procedure. This led to less pain and less chance of wound infection. People got back to their life faster. Throughout the time, the technology improved and we got to this day where we have robotic-assisted surgery.”

“The instruments have advanced to where we are able to get surgeries done safer and faster, with more patient satisfaction in terms of reducing pain, reduced time in the hospital, reduced infection,” he said.

“When you docked the robot to the patient, that’s where it stayed,” he said.

So, if Negrete had two areas to operate in the upper and lower abdomen, he would have to undock the entire system, turn it around and redock it to the patient. Now Negrete said the system can be maneuvered around and work in different areas of the abdomen without moving the robot itself.

With open and laparoscopic surgery, a surgeon is at the patient’s bedside. 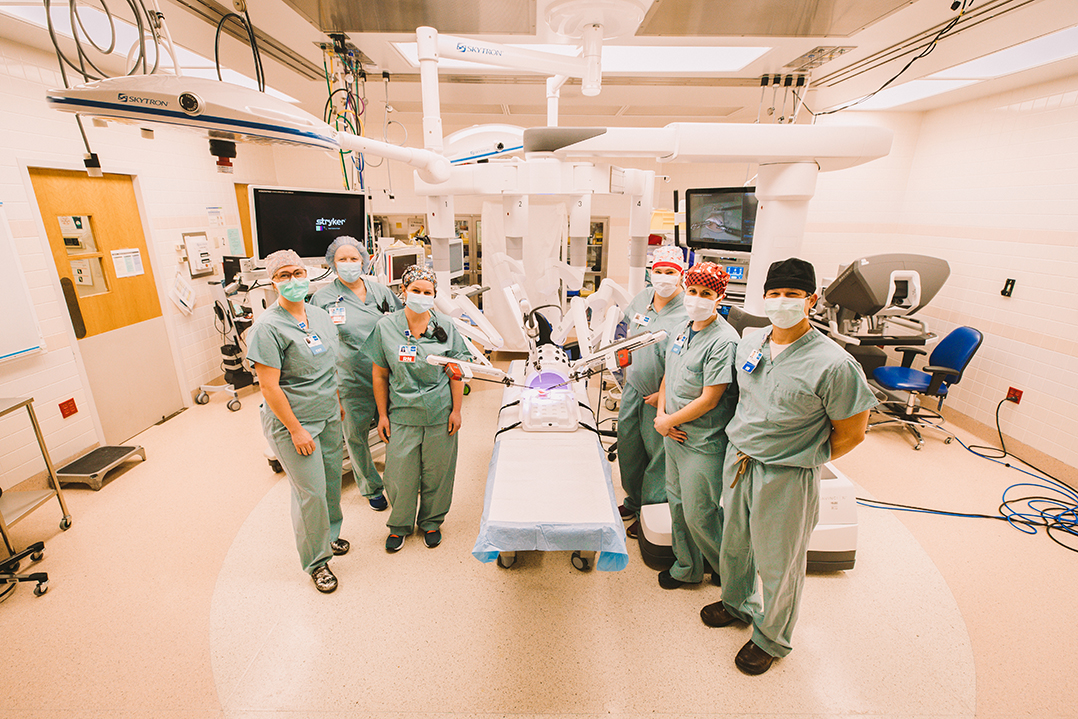 Negrete said patients are sometimes hesitant about robotic-assisted surgery until it is explained a robot isn’t actually doing the surgery.

“I’m not in the Caribbean somewhere, I’m actually in the operating room doing the surgery,” he said.

The surgeon is at a console in the room.

“You are looking into a system that has 3D, high definition,” Negrete said. “Every move you make from the robotic console is translated to the instruments you have in the patient. Those instruments are able to move 360 degrees. It’s almost like having little hands inside the patient.”

With the 3D, high-definition vision, Negrete said he can see every small blood vessel.

“I can see every anomaly in anatomy that might get you in trouble if you didn’t see them in open or laparoscopic surgery,” he said.  “It’s helped tremendously in aiding the surgeon and with patient safety.”

Negrete said robotic surgery can be used for almost any surgery. He estimates 80 percent of his surgeries are done robotically.

“It’s evolving with what we can do with the robot,” Negrete said. “In my practice, I do bread-and-butter cases such as hernias, gallbladders. They can be done faster and they get done more efficiently. The time has been cut down on how long patients are under anesthesia in the operating room because we are able see things more clearly and get the operation done more efficiently.”

Obstetrician-gynecologists also can use it for hysterectomies and other procedures.

Negrete said system works best when the surgeon has to operate in small spaces. For example, Negrete said a urology prostate surgery is done robotically now because the pelvis, especially for a male, is a small area.

“They are able to zoom in with a camera and work in this small space safely,” he said.

“The same is true for reflux surgery, where you have to work on the esophagus up near the diaphragm. It’s a small space with a lot of important structures there like the aorta.

“You don’t want to have any accidents around that area.” 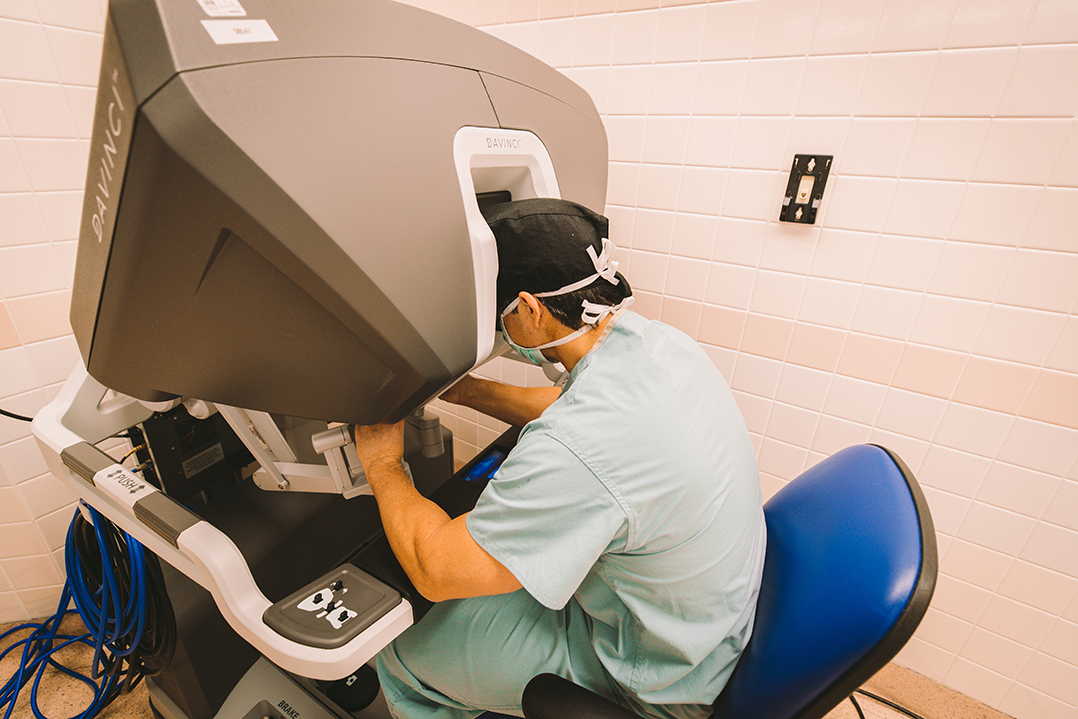 Surgeons are now being trained in robotic-assisted surgery in residency.

“The systems are not inexpensive, but over the long run, they pay for themselves because they are decreasing the costs for the hospital and the patient,” Dr. George Negrete said. “You are not relying on so many people to get a procedure done. As a surgeon, you like to be responsible more for handling the instruments.”

Because robotic-assisted surgery leads to less infections and less pain. Negrete said previously when he performed hernia repairs, he had to prescribe opioid medications.

“Some would need more than a week’s worth because the pain was prolonged for them,” Negrete said. “Now, I’m finding patients, even young patients, are needing nothing more than Tylenol for pain control. It drastically reduced the amount of opioid prescribed which has helped with the opioid epidemic.”