ASC is using the headsets for resident entertainment and also to aid residents with symptoms of dementia or Alzheimer’s disease. 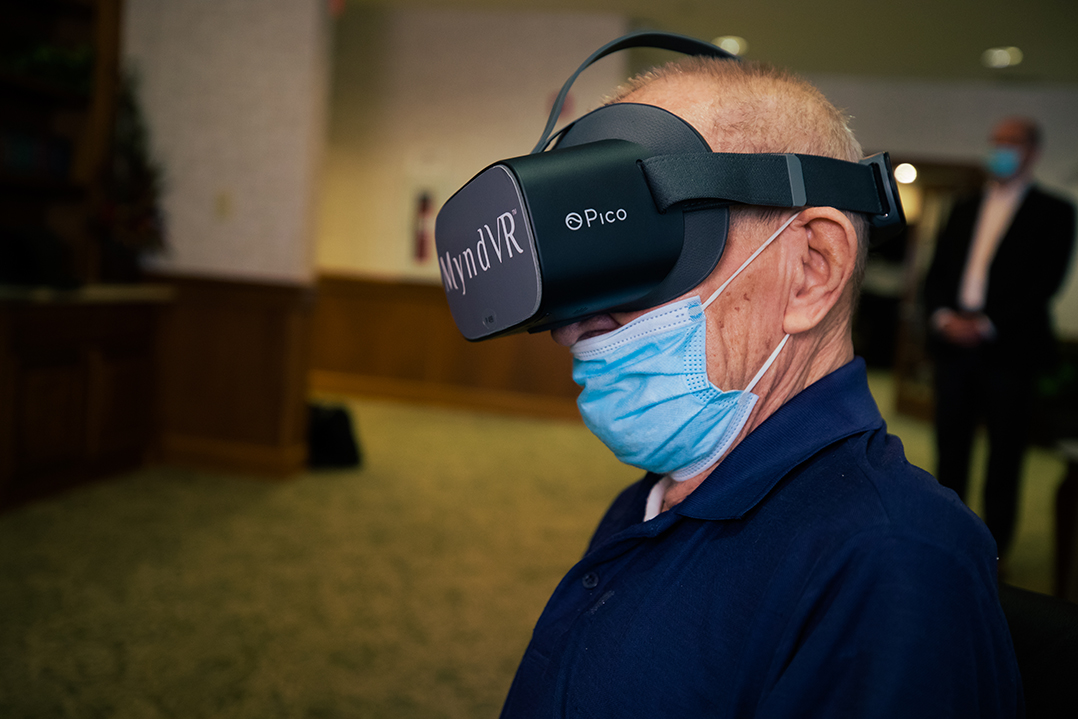 “Virtual reality can take this person out of the four walls of their existence and lift them to a higher place and change their mood dramatically,” Brickler said. “If their mood changes, their behavior changes.”

Vickie Greenough, a memory care business development specialist with ASC, said the headsets have allowed some residents to become more communicative. She said the headsets also have helped reduce episodes of self-isolation in seniors living in ASC facilities.

“Folks who have been more resistant (to activities) are now coming out and participating in this particular program,” Greenough said. “There’s a lot of excitement around it. We are anxious to see results of long-term monitoring of the benefits. We are seeing folks who are, from a memory care standpoint, those individuals who have perhaps lost some of their language skills, we are seeing them become more communicative in their responses.”

Headsets are obtained through a $100 per month subscription. They come with a smart tablet that can broadcast the headset experience to a TV so that more than one person can enjoy the experience at once.

“I enjoyed the experience. There were parts of it that bothered me, like jumping out of the airplane,” Kohls said, laughing. “I think it’s a fun thing to do.”

Kohls, 95, has been an Allisonville Meadows resident for seven years. She said her favorite MyndVR experience was virtually visiting New York City.

“It just struck me. I knew New York was huge, but I got a whole new perspective from seeing it,” Kohls said. “I’ve never visited it before.”

“Residents are able to visit locations from their favorite family vacations or a destination they’ve never had chance to go to,” said Tracy Hall, vice president of sales for MyndVR. “They now can travel around the world while they are in the four walls in these communities. The last thing we want is to see our aging community going to an actual facility or a community like American Seniors Communities and stop living.

“(MyndVR) is simply enhancing the experience to let the aging population know when you come into American Senior Communities, you’re going to continue to thrive and continue to live, regardless of being within those four walls.”

Hall said MyndVR is trying to address depression, anxiety and isolation in seniors.

“A lot of the aging population right now were ones who were pretty wild as young adults in the ‘60s and ‘70s,” Hall said. “They’re not finished living. They still want to explore, and this provides another way of giving them what they want and what they need when living in assisted-living or senior communities.”

Allisonville Meadows is one of four American Senior Communities organizations in Hamilton County and is the only senior-living community. The other three – one each in Fishers, Noblesville and Westfield — are skilled-nursing communities.

“We’ve been trialing (MyndVR) in two of our communities – Allisonville Meadows and Coventry Meadows in Fort Wayne, since October,” Greenough said.

After seeing positive results of MyndVR in the senior-living communities, Greenough said ASC might introduce the technology to its skilled-nursing facilities. 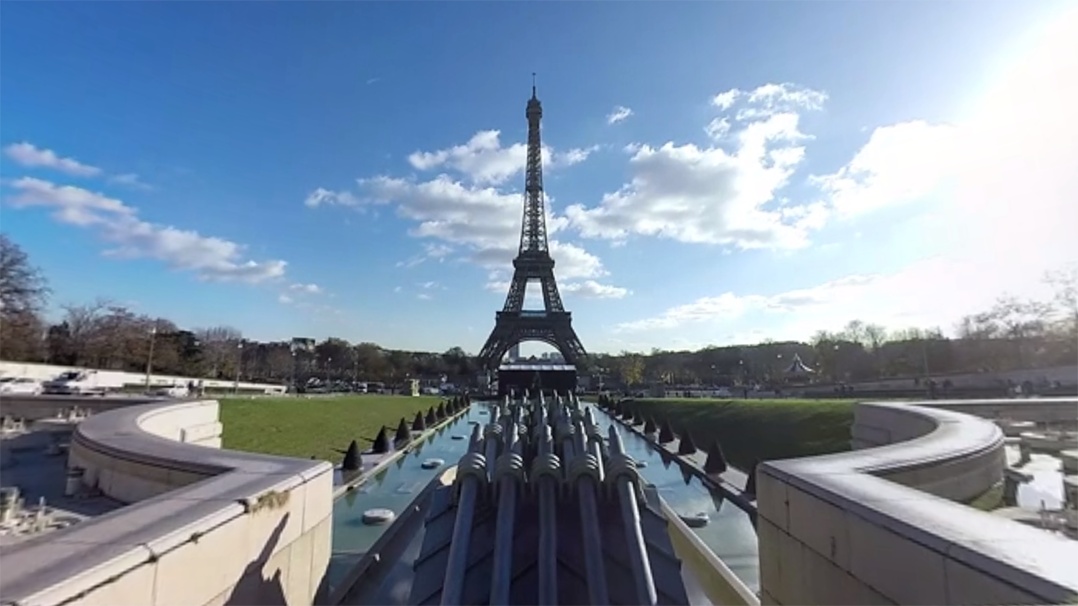 MyndVR allows senior-living facility residents to use virtual reality to experience travel, such as places like Paris. (Screengrab by MyndVR)

Although MyndVR’s primary goal is to improve the lives of seniors, MyndVR Vice President of Sales Tracy Hall said the technology also makes it easier for senior-living facility staff to do their jobs.

“A big part of the challenge in long-term care during the pandemic is staffing – retaining staff and addressing staff burnout,” Hall said. “This platform is helping staff. What we package together tries to make life much easier and simpler for the staff. One of our focuses is trying to help the engagement with staff and the residents. Our platform and a lot of content we have, such as virtual vacations – you’re able to go to Paris, you’re able to go around the world – you can have the staff engaged more meaningfully with the residents by visiting locations from favorite family vacations or destinations they’ve never had a chance to go to.”

“The added benefit that American Senior Communities sees in utilizing MyndVR is enhancing the quality of life of those we serve,” Greenough said. “The other piece is they’ve just added a meditation component to it, so when we do see an individual having a moment of upset or having some anxiety, we are able to remove them to a nice, quiet area and put headsets on for a nice meditation. It alleviates that potential of using antipsychotic or anti-analgesic medication.”