You are at:Home»Current in Carmel»Carmel Community»Retiring major recalls memorable moments in 35 years with Carmel Police Dept.

After 35 years of serving on the Carmel Police Dept., Major David Strong is ready for a slower pace of life.

Strong, 58, will retire on Jan. 30, with Lt. Johnathan Foster replacing him as major of support. The outgoing major plans to spend more time with his wife, five daughters and grandchildren, as well as enjoy bike riding, hunting and traveling. 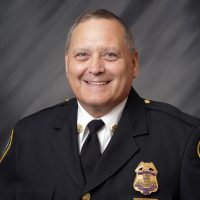 Strong, a Westfield High School, Indiana University and FBI National Academy graduate, joined CPD in 1987 and spent 18 years in the operations division before becoming the range master and then an administrative lieutenant. In 2016, he became major of the support division, overseeing record keeping, training, recruiting, the school resource officer program and many other services.

Among Strong’s most memorable moments in his career was being one of the first officers on the scene of a triple murder in 1994 in the Thistlewood neighborhood. As a father of a young daughter at the time, he said it was difficult to process the “senseless” death of the youngest victim, a 13-year-old girl.

He remembers speaking with the teenage girlfriend of another victim at the crime scene.

“You try to find the right words to say to comfort them and let them know everything is all right, but you’re dealing with (processing it) yourself,” Strong said. “That was hard.”

Another unforgettable incident occurred in 1998 when Strong was off duty and decided to respond to a nearby armed bank robbery in progress while on the way to pick up his daughter from day care. When he arrived, he saw four suspects exiting the building and decided to follow their van. 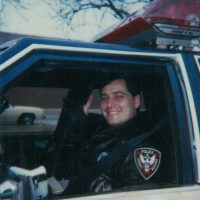 Suddenly, it appeared the back end of the van was exploding.

Police chased the suspects to the northeast side of Indianapolis, and all four were eventually apprehended.

Strong, a Carmel resident, was part of the SWAT team for 17 years, serving four years as commander. He helped launch the Indiana SWAT Officers Association, which he lists among his proudest accomplishments.

“It’s been 20 years now, and it’s still going,” Strong said. “It was nice to be involved with that and get that program up and running for the state.”