Carmel resident Eric Grabovsky is the general manager at Pete’s Classic Storage & Restoration, which offers a variety of services for classic, rare and exotic vehicles under one roof on 56th Street in Indianapolis.

One part of the 25,000-square-foot building features an exquisite collection of vintage automobiles stored in an immaculate facility. Another area is devoted to restoring vehicles of that ilk, and there is a service garage for repair work on contemporary European luxury vehicles.

“It’s like day care for your car,” Grabovsky said as he showed a visitor around the storage facility, which can accommodate 55 cars. He weaved around a black 1965 Corvette Stingray, a ’38 Ford and a beige ’47 Chrysler Town & Country with real mahogany wood on its doors. The company treats the vehicles carefully. They are moved frequently to avoid flat spots on the tires and started monthly to make sure they’re in tune.

Many of the vehicles are stored and maintained in climate-controlled temperatures at Pete’s for the winter months so they are ready to drive when the warmer spring air returns to central Indiana. Grabovsky is out of space for additional cars and wants to expand that part of his business soon to accommodate more vehicles.

Classic cars account for approximately 40 percent of Pete’s revenues. There are eight technicians on staff.

“Some people buy these cars for investment purposes,” Grabovsky said. “I tell them, ‘Buy what you love. If you don’t love it, nobody will love it, and if you love it, you will take care of it and the value goes up.’”

Grabovksy noted a 2003 black Land Rover Defender that’s no longer in production. Next to it is a gleaming silver Rolls Royce with a new brake job, courtesy of Pete’s. 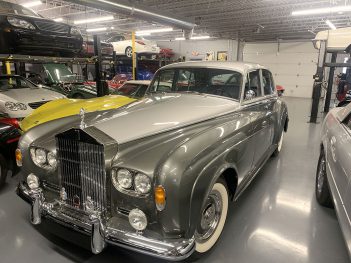 An artisan shop houses fine and rare cars, including a green Austin-Healy 3000, the hood open and seats stripped out. Grabovsky’s technicians are restoring the original engine and transmission.

“We want to preserve the originality of this car,” he said. “If I put in a different motor, half the value is gone.”

In the corner of the shop is a ’65 Gordon-Keeble that is undergoing a complete restoration. Only 100 of the vehicles were ever produced. At the other end of the floor is a navy blue, 600-horsepower Ford Cobra. Grabovsky recalled the story of a game the Cobra’s developer, former racecar driver Carroll Shelby, used to play. Shelby would settle into the driver’s seat and reach across the console to tape a $100 bill to the glove box. He would then tell his passenger that if they could grab the bill when he accelerated, it was theirs. Carroll hit the gas and the passenger would fly back into his or her seat. Nobody ever had the dexterity to grab the $100.

“I’ve been dealing with different mechanics and auto people for years, and Eric is a cut above,” Haskin said. “Eric really takes an interest and makes sure you are happy with the work.”

Grabovsky and his father, Ilya, started the business as a hobby. Both car enthusiasts, they co-owned some classic cars. The business moved to the 56th Street location from its longtime home at 49th and Pennsylvania streets in 2019. Grabovksy and his wife, Ericka, have three children – Gabriella, Francesca, and Benjamin. 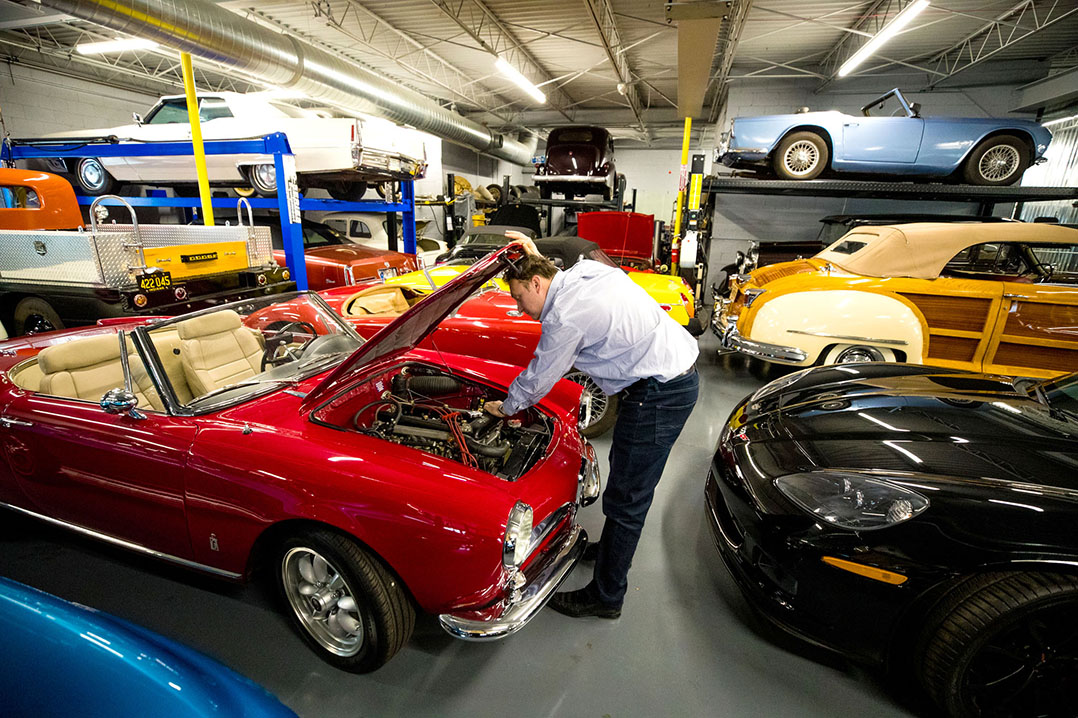 Ilya Grabovsky taught his son, Eric, more than just an appreciation for fine cars. He also taught him the game of chess, a popular game in Ukraine, where Eric was born. Grabovsky, the general manager of Pete’s Classic Storage & Restoration, has now passed his love of the game on to his children.

“It’s a very good game for kids to develop their brains and concentration,” Eric Grabovsky said. “I’ve taught them how to play to see how they improve academically and mentally. They can think better for themselves because (chess) is a problem-solving game. It’s like a puzzle.”

“If you can think four moves ahead, you can be a master chess player,” he said. “The game also has implications in the business world, which Eric terms “the ultimate team sport,” because there is no off-season.

“Chess helps me think and problem solve in my daily business,” he said.