You are at:Home»Current in Fishers»Fishers Community»Fishers representative confident state will override veto on House Bill 1041 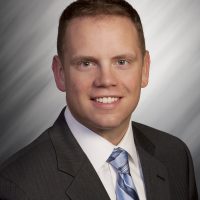 HB 1041 states that males who were biological males at birth can’t compete in Indiana High School Athletic Association-sanctioned girls sports if they have transitioned to a female. The bill does not apply to women who are transitioning to men and want to compete in IHSAA-sanctioned boys sports. The bill doesn’t affect college or professional sports, but it does affect private and charter schools if athletes compete against a public school through IHSAA.

“Men typically tend to have stronger, faster builds than women,” Jeter said. “All we are trying to do is say identify however you want, but biological men don’t need to compete with biological women.”

The bill passed the Indiana House and Senate chambers but was vetoed by Gov. Eric Holcomb March 21. Jeter said he’s confident the House and the Senate will vote to override the veto May 24.

“(Davis) and I just talked to a lot of constituents in our districts and saw things going on at a national level. It was becoming more prominent, and we just really felt it was important to get out ahead of it and protect the integrity of women’s sports,” Jeter said. “This bill acknowledges the biological differences between men and women.”

Jeter said men who have transitioned to women and then compete in women’s sports put biologic female competitors at a disadvantage. Lia Thomas, a trans woman and swimmer for the University of Pennsylvania, recently won the women’s 500-yard freestyle in the NCAA at the March 17 Division I swimming championships. The competition was Thomas’ final as a college athlete.

Jeter said a majority vote would override Holcomb’s veto. Holcomb issued a letter March 21 on why he vetoed the bill. He stated the bill fell short of providing clarity and one consistent policy for K-12 sports. Holcomb also said when similar legislation was passed in other states, lawsuits followed.

“Moreover, even before the introduction of (House Enrollment Act) 1041, a lawsuit was filed in Indiana in federal court by a middle-grade student who seeks to play in school sports on the team of their choice. Any bill brought forward should address the issues raised in these lawsuits,” the letter stated. “Finally, the presumption of the policy laid out in HEA 1041 is that there is an existing problem in K-12 sports in Indiana that requires further state government intervention. It implies that the goals of consistency and fairness in competitive female sports are not currently being met. After thorough review, I find no evidence to support either claim even if I support the overall goal.”

Holcomb said there is not a single case of a male wanting to compete on a female team that has completed a process to do so established by the IHSAA.

“I want to thank Governor Holcomb for his veto of HB 1041. We agree on many of the reasons why this legislation is unnecessary,” Ford stated. “The Governor rightly points out that ‘It implies that the goals of consistency and fairness in competitive female sports are not currently being met. I find no evidence to support either claim.’ We know from testimony that there has only been one relevant case in Indiana, and that was handled by the IHSAA. Governor Holcomb also rightfully notes that ‘Nowhere in the testimony on this legislation was a critique leveled against their (IHSAA) model on how to govern this.’ We have a system in place to deal with any concerns of unfairness as or if they arise. In the meantime, let’s let kids play sports with their friends.”

State Rep. Donna Schaibley (R-Carmel) voted in favor of the bill and plans to vote in favor to override Holcomb’s veto.

“Our goal is to protect women’s sports. I remember when women didn’t have the same rights they have today to play sports and fairly compete,” Schaibley said. “My fear is that we’re inadvertently undoing all of the good that Title IX did for girls and young women. This legislation simply upholds the values of equality and fairness.”

Jeter said the bill was heavily debated, and there were seven or eight hours of testimony in the Senate. He said he hasn’t considered authoring another bill addressing the same topic for women who transition to men and want to compete in men’s sports.

“I think we will continue to listen to feedback we get from constituents and pursue those issues accordingly,” Jeter said.

If the veto is overridden, the law would go into effect July 1. To read the veto letter, visit in.gov/gov/files/Veto-HEA-1041.pdf.