You are at:Home»Current in Carmel»Carmel Community»2 Democrats vying to represent Indiana’s 5th District

Two Democrats are vying to represent Indiana’s 5th District in Congress and will face off in the May 3 primary election. The winner will challenge incumbent Republican U.S. Rep. Victoria Spartz in November. 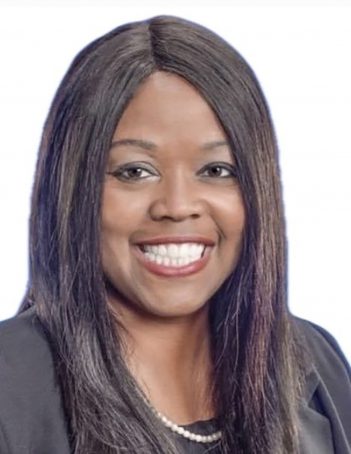 Occupation: Journalist of 30-plus years.

Immediate family: I am recently single after a 25-plus year marriage. I have four adult children and three grandchildren.

Previous political experience: In 2018 and 2020, I ran and won the Democratic nomination to represent the 6th Congressional District. My general election opponent both times was U.S. Rep. Greg Pence. I didn’t prevail either time and had planned to run against Pence a third time, but the Indiana GOP moved my city completely out of the 6th District. My passions to help Hoosiers are as strong as ever, so I hope to run a strong campaign in the 5th District and make Victoria Spartz a one-term congresswoman.

I am a great leader and will be an effective U.S. congresswoman! I love serving people and enjoy finding solutions. One of my best qualities is reaching out to people who are different than me. I “play well” with everyone — whether it’s Indiana Democrats, Hoosier Republicans, Independents or Libertarians. Some call me a “Uniter,” and I take pride in striving to bring together great people.

I’m an American patriot who loves her country. I will do whatever I can to fight for every American so that we all have equal opportunities and protection under the banner of the Constitution.

What are the top three issues that your campaign will focus on?

1) Helping address issues related to the pandemic and finding solutions for those problems. Particularly, economic concerns for small business owners like myself.

2) Healthcare disparities, from high prescription costs to lack of access to affordable healthcare.

3) Reviewing and creating common-sense legislation that targets Red Flag laws and national networking system, but doing so in a way that it does not violate laws that truly respect the Constitutional rights of Hoosier gun-owners. Over 95 percent of Hoosiers want leaders to figure out this problem, and I know we can.

What sets you apart from other candidates for this office?

I’m a fighter who stays in the game because I have “skin in the game.” Some people have little to lose if our nation goes the way that Spartz envisions, whether that’s her acceptance of QAnon conspiracy theories to denying the existence of the January 6 insurrection on our most precious U.S. Capitol. I envision an America that is bright and optimistic and that nation is staunchly built on truth and reality.

How long have you lived in your district?

I’ve lived in Muncie/Delaware County for 30 years. We were formerly in the 6th District, but after the census and the recent redistricting changes, I now live in the 5th Congressional District.

I’m one of 15 kids born to my late mother, Betty J. Lee and my father, Rev. Clarence I. Lee. I’ve worked hard since I was 12 as a paper carrier for the Journal Review in Crawfordsville. We all have struggles, but I’m a witness that a good work ethic, a good heart and a good attitude goes a long way.

I’m a fiscally conservative, socially liberal Christian Democrat. One supporter told me I’m for “God, guns, gays and grandkids!” I liked that! 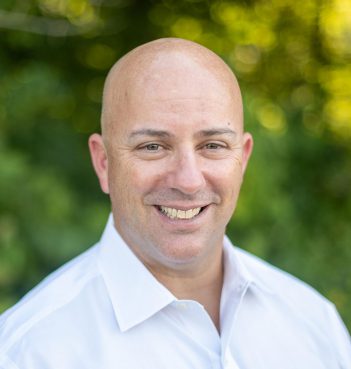 Service. I have learned that service to others is not only helping others, but it helps me find gratitude. I also want to provide leadership to Congress. I feel that congressional representatives too often forget to represent regular folks in Washington D.C.

28 years of military service and leadership. I have set up nonprofits and programs that are designed to serve others.

What are the top three issues that your campaign will focus on?

Mental and behavioral health – It’s the foundation to almost all issues. Crime reduction, financial health, career improvement, etc. Economy and infrastructure – making your dollar worth more and ensuring that you can move safely and effectively around the country. And Main Street America – supporting small businesses, police and fire departments and people.

What sets you apart from other candidates for this office?

My life has been about service for others. I have zero designs on improving my financial means. I didn’t join the military or start nonprofits to make money. I truly aspire to help as many people as I can.

How long have you lived in your district?

I’ve lived in Indiana Congressional District 5 for over 11 years.

I was an exchange student to Australia in high school, and I was continually asked what it was like in other states and I had not been to them. So I made it a mission to step foot in every state, and so far I’m up to 46. I’m missing Vermont, New Hampshire, Connecticut and Rhode Island.

I’m a regular guy. No frills. People are tired of divisive politics and ready for us to take on tough issues.