For Westfield resident Whitney Moore, seeing news coverage of the mass shooting at Robb Elementary School in Uvalde, Texas, that killed 19 students and two teachers was particularly haunting. Moore has four children who attend Westfield Washington Schools and her husband, John, is a teacher at Westfield High School.

“As time has gone on and these events have become more prevalent and frequent, it’s definitely increasing in intensity and difficulty in sending everyone each day,” Moore said.

Moore said news of the shootings has raised anxiety for everyone in her home. Each time she hears a siren or learns of a lockdown at a Westfield school, she checks her family’s location on a tracking app on her phone.

“I look for if (my family) is safe and people are moving around and things are continuing as normal,” she said. “But the anxiety is definitely there every day. It’s getting worse, for sure.”

Moore’s four children will be in second, fourth, sixth and ninth grade this fall.

Although Moore is confident her family members are safe at school, she said the rise in school shootings is unnerving.

“It’s becoming a nationwide issue that doesn’t know bounds of any particular risk factor,” she said. “I am becoming more heightened and aware of small things we could be doing better as a district potentially.”

Moore said she wants all school entrances to be locked throughout the school day. She also wants more mental health services to be available for students.

“Eighty percent of shootings happen from kids already in the school,” she said. “I feel like the district could use more support on the emotional level.” 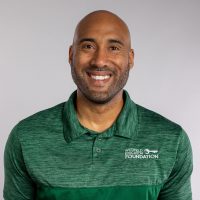 WWS Communications Director Josh Andrews said the district is proactive in school safety. He said safety starts with relationships between students and teachers.

“We find that’s the best way to understand what a student is going through and how they’re doing because that can potentially turn into a safety issue,” he said. “We have good relationships with the students and are checking in on them on a regular basis.”

Other safety measures include communicating with parents when drills or trainings are planned and tightening the district’s relationship with the Westfield Police Dept.

“We work hand-in-hand with a lot of things,” he said. “We work with them proactively.”

WWS has five school resource officers – two at the high school, one at the middle school, one at the intermediate school and one that patrols the district’s six elementary schools. However, Andrews said police have a presence at the school beyond SROs.

“Every school building is a police substation,” he said. “Any officer on patrol, SRO or not, can stop in and get paperwork done and be a presence in the school building.”

Andrews said each school also locks its doors and visitors are only allowed access through a buzzer system. Every visitor also is asked to complete a Safe Visitor Background Check prior to visiting the district for the first time.

Other initiatives include educating new teachers on safety briefings and trainings. When a national or global tragedy occurs at a school, Andrews said WWS examines its protocols.

“We are constantly evaluating,” he said. “If something happens globally, it can make us realize a flaw, or something we want to reiterate that is already in place. Anytime anything happens, we are ready to reevaluate what we have to do to make this a safer environment.”

Danyele Easterhaus, a mom of WWS students and the executive director for Student Impact, a nonprofit focused on building relationships with students, said she worries people are becoming desensitized to tragedies such as school shootings.

“Because of that, a lot of times parents, myself included, think kids can handle big things like this easier because there’s so much of it going around,” she said. “The way reality is, it’s way too easy to overlook the Uvalde shooting and understand what the impact could be on those actual kids who still have to go to school.”

“In life we find so often, with teenagers, especially, that it’s not about giving kids answers, it’s giving them a space in which they can sit and ask questions,” she said. “They can probe, they can be heard. It’s not an answer itself they need, it’s time to process the information.”

Easterhaus said she realizes her kids might not be safe anywhere – in a car, in an airport, walking down the street or in a school. But takes comfort in knowing what the WWS administration and Westfield Police Dept. are doing to ensure safety.

“We are here as preventative measures as parents to see what could potentially happen and equip our kids and raise solid adults,” she said. “Am I happy there are school shootings? No. Do I think we are doing the best we can? I think we learn every day what more we can do.”