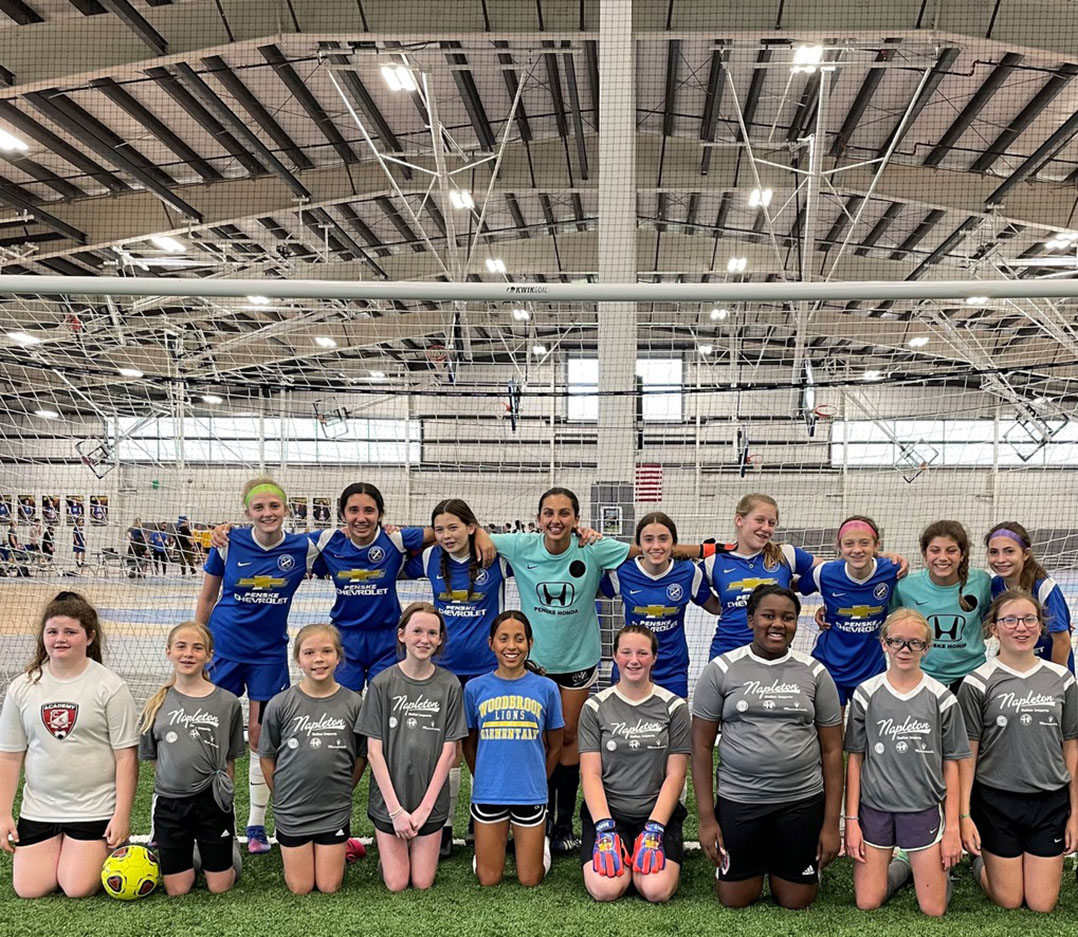 Donofrio is the commissioner for the fifth-sixth and seventh-eighth grade girls soccer leagues. She created a big sisters/little sisters-type program in the fall of 2020 when she was tasked with taking over a fifth-sixth grade girls team midseason.

What has resulted is the fifth-sixth grade girls league has developed a special partnership with the Carmel FC Girls 2008 Gold Travel Team.

“While trying to brainstorm ways on how to make sure the players would be able to have a great second half, this was created,” Donofrio said. “I asked my daughter to see if this was something her and her teammates would be willing to do, and they all eagerly showed up at a practice ready and willing to work individually with the players. I just remember there were a lot of smiles, giggles and cool things being taught that day.”

Donofrio said one team from the fifth-sixth-grade-girls league is offered the opportunity each season.

“The whole intention of the program is to provide younger girls with a mentor and older girls the ability to be a role model,” Donofrio said.

Donofrio said she usually picks a team that has had a rougher season, whether it’s because they’ve lost players because of injuries, or just haven’t clicked yet. She said she does it to boost to morale and to add some fun to the mix.

“This spring season, I was able to do two teams since I had a high school team wanting to participate as well,” she said. “The benefits from both sides are enormous. For the younger players, they are given the opportunity to work on skills of their choosing and with someone relatively close in age that they can relate to and who plays the same sport. It gives them support from a new person. For the older player, it’s a great opportunity for them to pay it forward and pass on the things that they’ve been taught. It makes them realize that they are in the position to be a role model and that their presence does matter. They have the ability to nurture someone’s love of sports, build their confidence and be a friend.”

Rylie Heath said she likes teaching young players what she learned when she was younger.

“It makes me feel like I am improving myself,” Heath said. “What I have learned is that players learn and pick up on skills differently, and you need to take this into account when you are coaching.”

“It is so fun to help them out and then have them apply it to their game,” Huitsing said. “It does give me an idea to be a coach one day. First off, the girls are so fun to be around. Secondly, it’s always great to be a positive role model. Lastly, I love the game and want to share my passion with others.”

Juniper Stilley said having the big sisters’ help was a fun way to improve and explore different drills.

“I think that getting 1-on-1 instruction by a person who actually plays soccer was very beneficial,” Stilley said. “They would relate and tell us things from their experiences to help us.”