Robert Mathis is used to the skeptics. In fact, they’re a big part of his success story.

“When they doubt you, it forces you to work that much harder,” he said.

Mathis, an undersized linebacker from a school not known for producing NFL talent, used the fire ignited by those who didn’t think he could succeed at a professional level to play 14 seasons with the Indianapolis Colts, finishing his career with a Super Bowl ring, five Pro Bowl appearances and as the league’s all-time leader in forced fumbles and strip sacks. He is also the Colts career sacks leader with 123.

Having silenced those who doubted his skills on the field, these days Mathis faces skeptics of another kind. This time, they didn’t believe he could succeed as an entrepreneur and small business owner. But not long after launching the Gridiron Gang training program in 2019 with former Colts teammate Daniel Muir, he’d already proven them wrong.

Not only has Mathis helped the Gridiron Gang grow from training a handful of clients to inquiries from athletes from out of state, he’s also been appointed to the National Small Business Leadership Council, the nation’s oldest small-business advocacy organization. 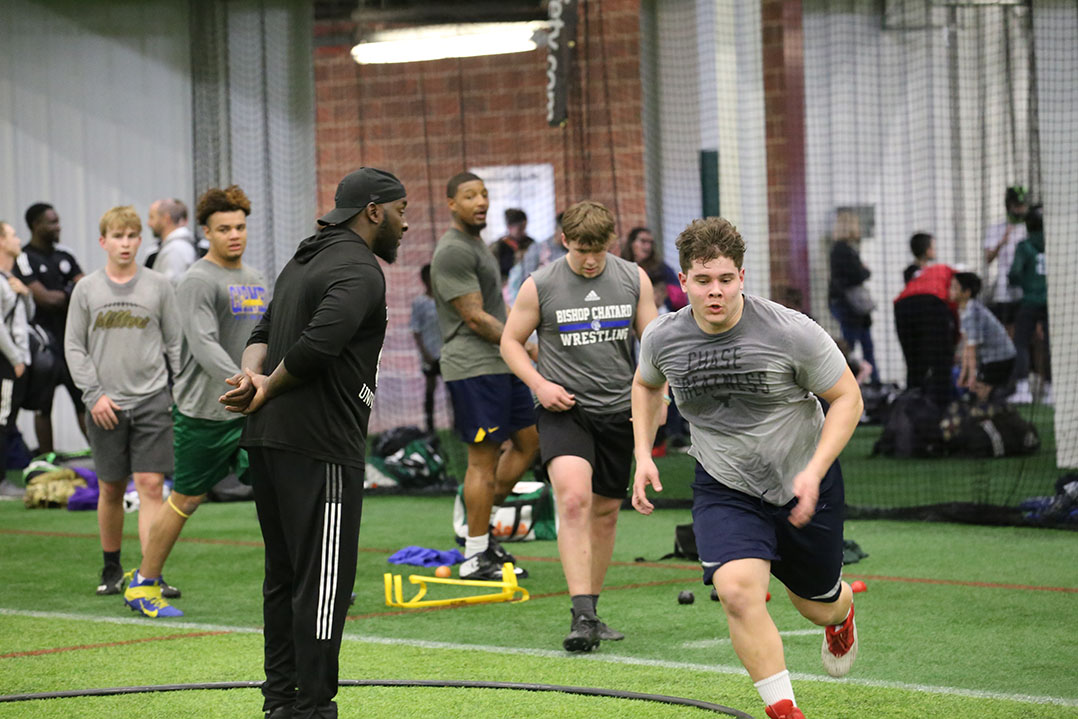 Mathis said he’ll be able to bring a unique perspective to the NSBA as a former professional athlete and use his platform to advocate for its goals.

“It was a match made in heaven. We’re a small business trying to get off the ground, have organic roots and are just trying to do right and pay it forward in the community,” he said. “I’m happy to be a part of (the NSBA), and very humbled.”

Mathis turned to coaching after his career on the field ended, working as a defensive assistant with the Colts beginning in 2017. But the job didn’t turn out to be what he expected, so he contacted Muir, who was already working as a trainer, to discuss a potential partnership.

It didn’t take long for them to decide to move forward.

“We amassed such a wealth of knowledge, being coached by John Teerlinck and going against offensive linemen who were coached by Howard Mudd, arguably two of the greatest ever to coach the positions,” said Muir, who played defensive tackle for the Colts for four seasons. “We thought, ‘We have all this knowledge, we need to use it and pay it forward.’”

The Gridiron Gang’s training initially focused on linemen, but it grew to offer programs for every position. Training is available for athletes from elementary school through those who play professionally and are looking to improve their skills or stay sharp in the offseason. Oftentimes, they’re on the field together.

Jayden Childers, a recent graduate of Brebeuf Preparatory High School who plans to play defensive end at Western Michigan University, said it’s beneficial for the athletes of various ages and skill levels to train together.

“For someone who’s in high school like me, when I become a freshman in college, I can still help out the young guys, but I still have older guys in front of me who are in the pros,” Childers said. “I can still learn a lot from them.”

Mathis and Muir aim for the athletes to learn more than football skills from each other. Trainers meet with each client to get to know their goals and story and work to strengthen them off the field, as well.

“It turned into more of a mentor-based teaching beyond the field, things that we learned as young players in the NFL that we wish we had known in high school, financial literacy, social media training, dining etiquette, how to conduct yourself as young men,” Mathis said.

Plus, working with athletes through the Gridiron Gang gives Mathis a chance to experience, to a point, one of his favorite memories as a Colt. 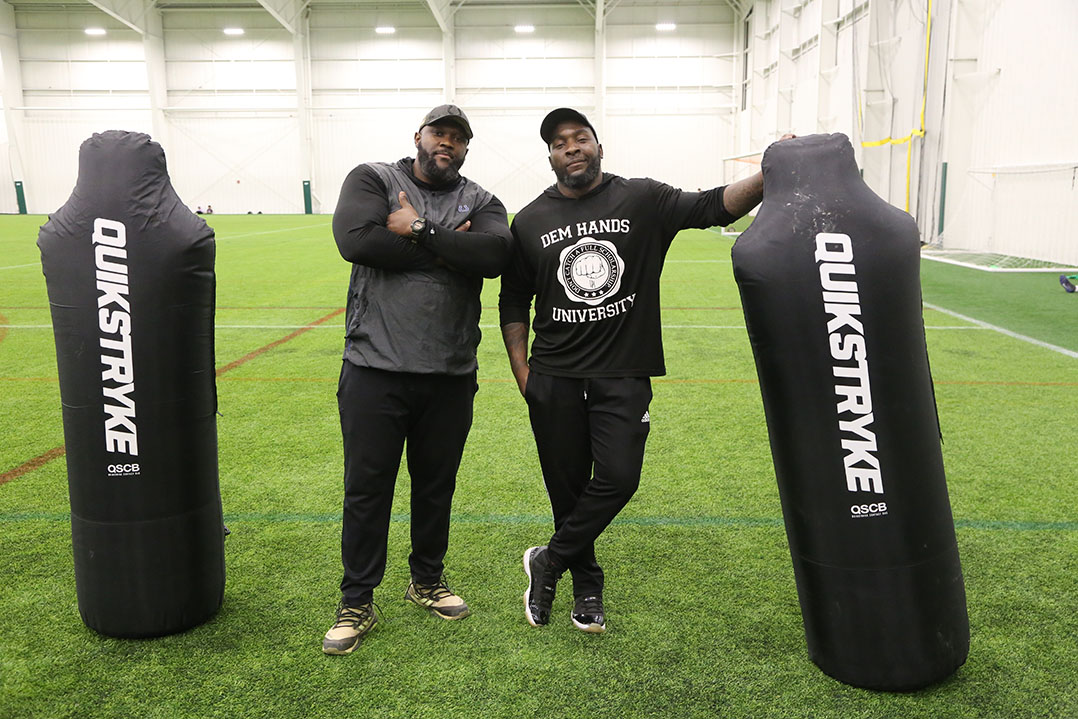 Students from underrepresented communities, those willing to dedicate time as a volunteer and those whose parents or guardians work in the public sector are eligible to apply for scholarships.

“The philanthropy side of the business is really, really growing,” Muir said. “It’s geared toward the inner city and rural areas of Indiana, young men who can’t afford this level of training.”

In 2021, the Gridiron Gang Foundation raised more than $1 million and provided 300 scholarships.

Learn more about requesting assistance or making a donation at theoriginalgridirongang.com/foundation.