You are at:Home»Current in Fishers»Fishers Community»Funding will help Vibenomics expand

Vibenomics is getting a financial boost to expand its network and advertising reach.

Vibenomics, a Fishers-based Audio-Out-of-Home advertising and audio experience company, has raised $12.3 million in Series B funding to support the launch of additional national networks in grocery stores, pharmacies and convenience stores.

The round of funding is led by Panoramic Ventures, one of the largest and most active tech venture funds in the Southeast. 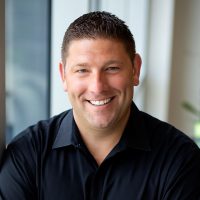 “We’ve been building the company to mostly focusing on the technology and software to drive retail media and all the locations we have with the Kroger, KwikTrips and all the over 6,000 locations,” Vibenomics Chief Executive Officer Brent Oakley said. “We had to build the infrastructure, which we’ve done and proved that it works. The next $12 million we’ve just raised will be for building all revenue generating positions, more ad sales reps, more marketing folks. We will continue to invest in the technology to connect pipes to other agencies and retail media platforms. For the most part, it’s going to be all revenue-generating positions.”

“We’re looking for people with experience selling advertising in a way we are providing advertising on that audio channel,” Quinnette said. “We’re also looking to expand our marketing team and that is more likely to be here in Fishers.” 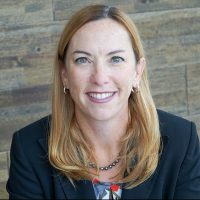 Vibenomics has nearly 40 employees, with 90 percent living in the Indianapolis area. Ten percent work remotely. The company expects to increase its workforce by 25 percent by the end of this year.

“This funding allows us to catch up with our infrastructure,” Oakley said. “We’re operating out of Fishers, but to think about what we do on the grand scale is pretty crazy. We’re taking over 6,000 locations and their network and making sure they are playing the right music at the right time and getting the right advertisers on. It takes a lot of brain power to do that. Secondly, I would say it also allows us to grow into more spaces and to continue across the country.”

Quinnette said Vibenomics has 120 million listeners in any given month.

“It’s quite a large network,” Oakley said. “If we were a radio station, we’d claimed to be the largest radio station in the world. We’re going to continue to expand that and expand the networks.”