Ten-year-old Amelia Lindheimer is just like one of the boys. She laces up her cleats, grabs her mitt and runs onto the field with her youth baseball team, the Fishers Mudsocks.

The only difference between her and her teammates is that she is the only girl. That doesn’t faze her, though.

“It feels like normal, and it’s exciting, too, being the only girl in the league,” Lindheimer said. “It gives me confidence.”

Lindheimer, who will be a fifth-grader at Sand Creek Elementary School, tried playing softball when she was 6 but kept coming back to baseball. Baseball has always been a big part of her life. She attended her first game when she was 11 months old. 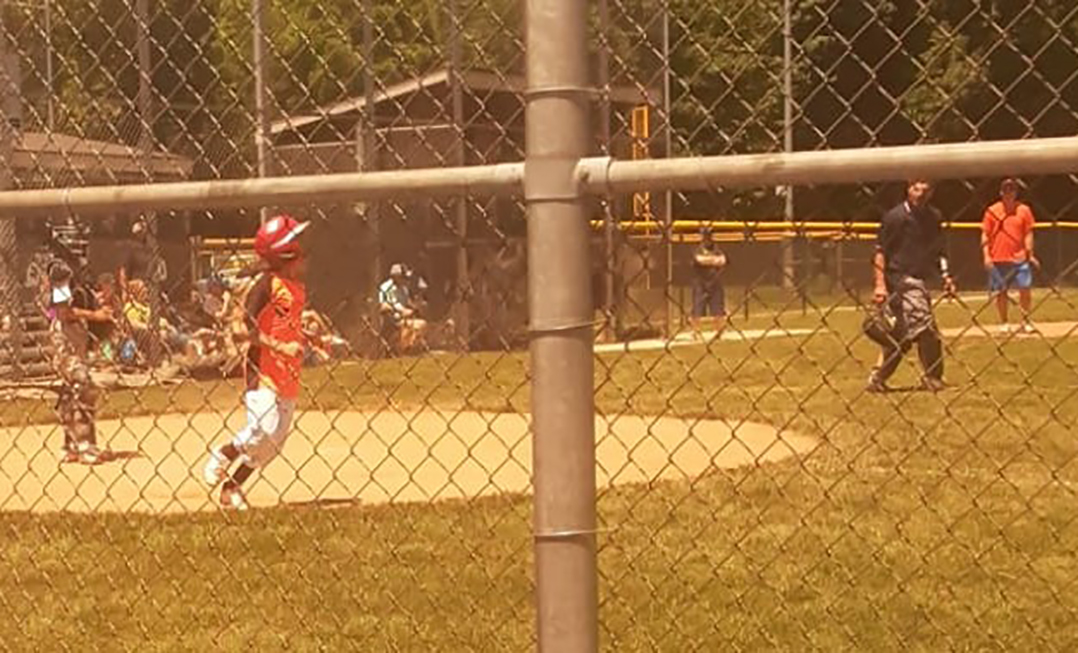 Amelia Lindheimer reaches base after a hit.
(Photos courtesy of John Lindheimer)

This season with the Mudscocks, Lindheimer batted second the entire season and reached base on her last nine at-bats. She also made the Fishers 10-U All-Star team and was set to play June 23 All-Star Championship.

Lindheimer also caught the attention of Justine Siegal, the first woman to coach a Major League Baseball team, when her dad, John Lindheimer, posted a video on LinkedIn of her batting. Siegal then invited Lindheimer to play in the July 20-24 Baseball for All National Championship in Mesa, Arizona with the Boston Slammers, an all-girls 10-U travel baseball team.

According to Baseball for All, a nonprofit with a mission to get more girls to play baseball, 100,000 girls across the U.S. play youth baseball, but only 1,000 or so go on to play in high school. The organization’s purpose is to allow girls the same opportunities as boys.

John Lindheimer said his daughter has been widely accepted on the team and has been able to keep up with the boys.

“We’re just very proud of her and it’s been one of the joys of my life watching her have fun and enjoy the same opportunities that millions of boys get with little league,” John Lindheimer said. “Amelia has always received the support of her teammates who see her as a baseball player, not a girl playing baseball. And without knowing it, she is part of a larger movement, but she carried the responsibility of being the only girl in the league and she did it extremely well.” 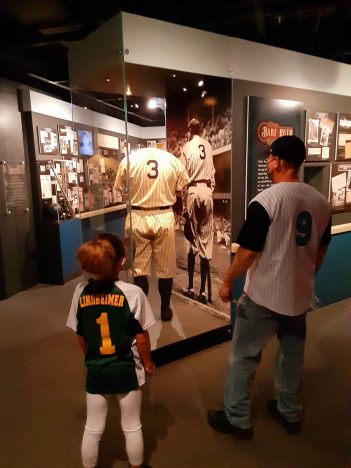 When not on the diamond, Ameilia Lindheimer enjoys collecting baseball cards and Pokemon cards. Not surprisingly, her favorite movies include baseball classics like “The Sandlot” and “A League of Their Own,” inspired by the All-American Girls Professional Baseball League that ran from 1943-1954.

Although girls baseball has not been a popular spectator sport since the 1950s, Amelia Lindheimer hopes to see a resurgence in girls taking up the sport. She said she thinks girls baseball will become an Olympic sport in the next 10 years.

Her goal, however, isn’t to play in high school or receive a baseball scholarship, according to her dad. He said playing youth baseball is simply a fun activity for her and the family will continue to support her as long as she wants to play.

“I just want to make a difference and just help other people get better,” she said. “I just like playing baseball. It’s really fun.”

Amelia Lindheimer and her dad want to inspire other girls to play baseball and would like to start a girls baseball club in Fishers. Currently, there are more than three dozen girls youth baseball teams across the U.S. The nearest league is in Chicago.

Amelia Lindheimer and her family moved to Fishers from Florida in 2019 with her family. Her mother’s name is Andrea, and she has a 29-year-old sister, Fabi.