You are at:Home»Current in Geist»Geist Community»City of Lawrence 4th Fest combines food, fun and, yes, fireworks

Long before the first fuse is lit, the annual City of Lawrence 4th Fest will offer something for everyone.

What begins with a parade starting at Harrison Hill Elementary School concludes a little more than 12 1/2 hours later with a fireworks display guaranteed to light up the sky.

In-between will be the event’s customary assortment of food and entertainment choices.

“The whole thing is really geared toward the family,” said Cori Korn, deputy Chief of staff for the City of Lawrence. “Our Exchange Club distributes 4,500 flags, so it has a very patriotic feel throughout the day.”

Keefer’s half a century diagramming plays (his first four seasons were at Oak Hill High School near Marion, his alma mater) allowed him to coach the likes of Derwin Webb, Todd Leary, Eric Montross, Greg Oden, Mike Conley and hundreds of other young men he would positively influence.

The parade starts at 10 a.m. and is expected to last an hour. More than 50 entries are expected. 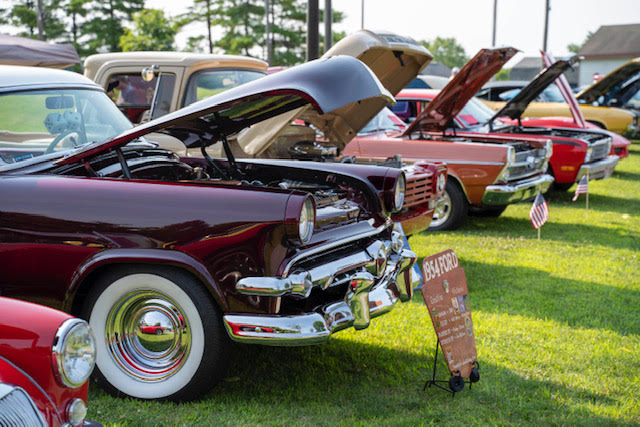 The parade will be followed by the Classic Car Show, a Fish Fry and the Jeep Jamboree.

Jennifer Mlott, an award-winning singer-songwriter and choreographer from Indianapolis, takes the stage at 6 p.m. She’ll be followed by Big Roscoe & the Hammers, a party band scheduled to play until fireworks begin at 10 p.m.

Those who attend are encouraged to wear their favorite combination of red, white and blue.

“It really is a citywide effort,” said Korn, who estimates last year’s 4th Fest attracted approximately 10,000 people during the course of the morning, afternoon and evening. “There’s a lot that goes into it besides the pre-planning of it. It’s truly a team effort.”