Growing up, Julie Jensen’s favorite holiday was the Fourth of July. Now, as the wife of Mayor Chris Jensen, she plays an integral part in the City of Noblesville’s patriotic celebration.

Julie joined the city’s Fourth of July Committee in 2019. Immediately, she thought Forest Park was the best place for the event, and she wanted to attract more people to the celebration.

“We have this great location, and we have all these fun things to do, (so) how do we get more of a draw?” she said. “That was when I shared, ‘What if we did a concert with VIP tables, like a centralized gathering point with live music and a table where you can bring food and it can be home base?” 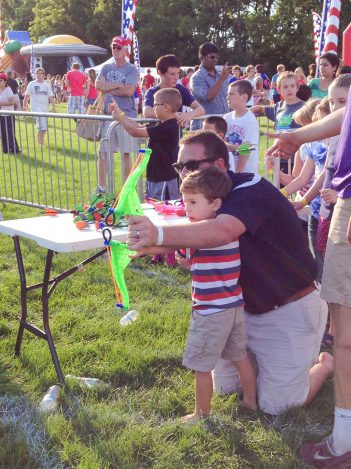 Chris Jensen and the Jensens’ son, C.J., play games at a Fourth of July event in Dublin, Ohio. (Photo courtesy of Julie Jensen)

The summer of 2020 was the first year the city presented a live music concert with VIP tables.

“It was awesome,” Julie said. “We sold out the tables and it was a great event. We got a lot of great feedback. We did it again last year and went bigger and had more tables. I think it has created this different environment.”

Julie grew up in Dublin, Ohio, where Fourth of July celebrations were popular events.

“It’s funny because in the state of Ohio, it is illegal to buy and set off your own fireworks,” she said. “If you wanted to see fireworks, you had to go to an organized event.”

So, Julie and her family attended Dublin’s Fourth of July festival each year.

“It’s a huge deal because it’s like the only place you can go to see fireworks on the Fourth of July,” she said. “That was one of the big things when I moved to Indiana. I realized a lot of people do their own thing setting off fireworks at a house or neighborhood and there wasn’t quite the same buzz around a huge community festival. It’s predominantly why I loved the Fourth of July so much growing up because I always thought it was just this perfect combination of all my favorite things – friends, family, food and fireworks, all in one spot for this huge party the entire day.”

Julie and Chris Jensen and their children previously traveled to Dublin, Ohio, each July to celebrate the festival. However, that changed when Chris Jensen was elected to Noblesville’s Common Council in 2015 and was then elected mayor in 2020. Now, Julie helps plan the city’s festival.

“Chris and I got married, and then he got elected, and we realized we probably wouldn’t be able to go back to Ohio for the Fourth of July anymore,” Julie said. “It was one of those, ‘OK, this is our hometown, what can we do to enhance it and get more people together for a big community celebration?’”

Chris Jensen said his wife has applied her enthusiasm for the Fourth of July to enhance the city’s event by making it more appealing to residents. 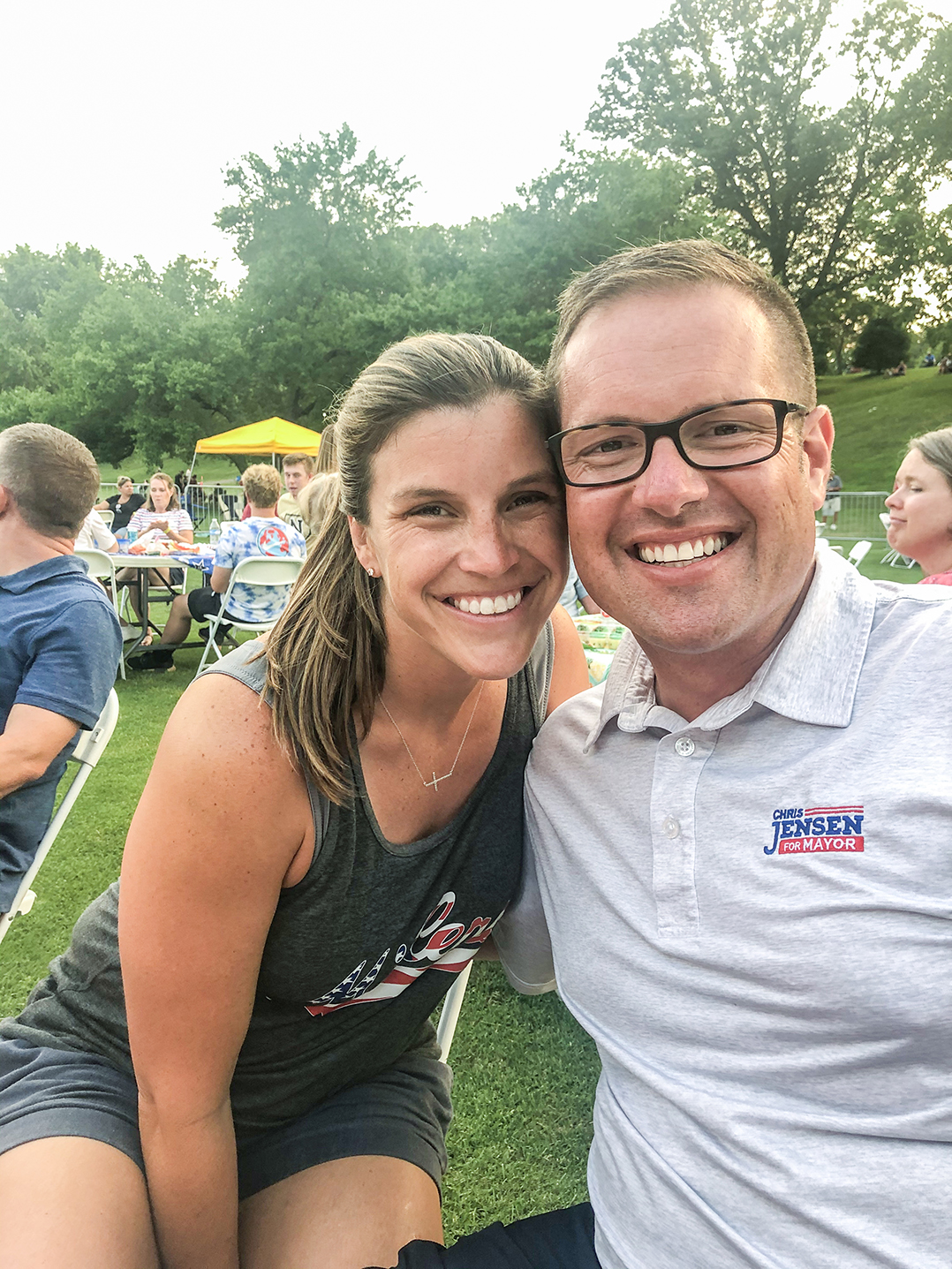 Why Julie Jensen loves the Fourth of July

“My favorite thing in the entire world is patriotic music,” she said. “I get super emotional when there’s fireworks and they’re playing ‘God Bless America.’ All that is probably the most defining thing that makes me love Fourth of July.”

She also loves being surrounded by family and friends on the holiday.

“I just love food, family, friends and getting everyone together,” she said.