You are at:Home»Current in Fishers»Fishers Community»Fishers police arrest burglary suspects 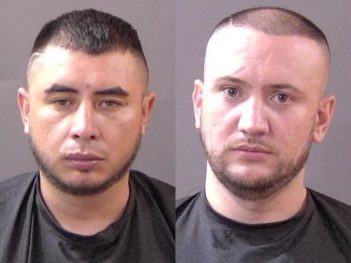 Mayorga and Munoz were charged with burglary of a dwelling, a Level 4 felony; resisting law enforcement, a Class A Misdemeanor; and possession of a false government identification, a Class A misdemeanor.

At 10:30 p.m. July 5, Fishers Police Dept. officers responded to a residential alarm in the 15600 Block of Allistair Drive. As officers arrived, two men were fleeing from the home on foot but were quickly caught. One suspect was apprehended without incident, but the other was apprehended by FPD K-9 Rexo and sustained a minor injury. After being examined by paramedics, both men were transported to Hamilton County jail where they are currently being held.