This is turning out to be a special summer for Emmaline Colvin.

Colvin will participate as one of 40 national finalists in the Songbook Academy’s summer intensive program July 16 to 23.

She got practice by winning the CarmelFest Has Talent 13-16 age division July 3 at the Carmel gazebo. This was the third time she competed in the talent show. 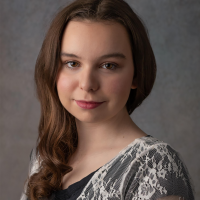 “This year, I sang Michael Bublé’s rendition of ‘The More I See You,’ which is a popular jazz standard,” said Colvin, who will be a Carmel High School junior in August. “Jazz is my favorite genre to perform, and it suits my voice well, so I had a blast on stage. Since I am barely still 16, I knew I’d be the oldest in my age group, which is a nice advantage. I was so impressed with the amount of talent on the stage this year and was very honored to win in my age group.”

“I chose to sing ‘When I Was Your Man’ by Bruno Mars, because I love his music and style of singing,” Pack said. “I really loved this competition because I didn’t feel like we saw each other as competitors but that we all enjoyed hearing the other contestants’ talents and cheering each other on.”

Pack, a home-schooled student who is heading into the eighth grade, said he will audition for CarmelFest Has Talent again next year.

“One day I would love to perform on Broadway,” said Pack, who is in the pre-professional program at En Pointe Indiana Ballet.

The prize money was the same in all three categories. Parker Applegate of Noblesville won the 12-and under division. Weston Twilla of Carmel finished second in the 12-and-under division, earning $200.

“I liked sharing my love of music with everyone,” said Trilla, who will be a fifth-grader at Our Lady of Mount Carmel. His father, Ryan Twilla, said his son was excited to win the prize money to save for a new guitar.

Audrey Gradle, who will be a fifth-grader at Carmel’s Clay Center Elementary School, finished third in the 12-and-under division.  She performed Whitney Houston’s “I Wanna Dance with Somebody.”

“I was a little nervous because I had just learned the song and hadn’t performed it before,” said Gradle, who also finished third in last year’s competition. “It was really fun because I was the first one on the stage and the crowd really got into it.”

In the 17-and-older division, Meggie Iyer, who will be CHS senior, took second place. She sang “Set Fire to the Rain” by Adele.

“I enjoyed witnessing the passion that the other performers had for their music,” Iyer said. “It is really nice to be surrounded by people who share your passions. Seeing the younger singers was also really nostalgic because about (eight years ago), I was on that very same stage for the first time.”

Iyer competed in the CarmelFest talent show for the first time in 2014. In 2019, she took second place in the 16-and-under age category.