A parking lot sits on the southwest corner of Park and Poplar Streets in downtown Westfield. On weekends, it serves as the terminus for a shuttle service that ferries motorists to the downtown shops and restaurants. Poking up from some dirt on one of the corners is a “We Love Our Library” sign.

And with good reason. Soon, Sollars and the public will know the location as the home of a new collaborative space to house both the library and township offices.

“I am over the moon,” said Sollars who is in her 19th year as executive director. “I think it will be great for the community, and we can’t wait for it to happen.”

Officials plan to break ground on the 55,000-square-foot structure this fall with a projected completion date during the first quarter of 2024. It will be a two-story building with two separate entrances – one for the library and one for the township offices. The library has approximately 32,000 square feet of space at its current 333 West Hoover St. location. The library will have 43,000 square feet in the new space.

Sollars said matching the library’s facilities with the community’s exploding population has been a challenge, and officials realized the institution would need to grow again even after the last expansion in 2014.

A centerpiece of the library expansion will be a much larger community room with capacity for 200 people. A key audience will be young patrons.

“One of our big goals was to increase the teen area and have study rooms for studying and small businesses to use,” Sollars said.

The expansion should also mean more books, including additional copies of bestsellers. Sollars said she also hopes the final design includes an interactive play area and a digital lab allowing patrons to make their own videos or podcasts.

The library approved its part of the project last August and will cover its construction and land costs with a $16.7 million general obligation bond.

The Westfield Washington Township Board approved the funding for its part of the project at its July 6 meeting. The township portion, not to exceed $5.2 million, will be funded through a build-operate-transfer contract, or BOT, which allows the project to be built without an impact to residents’ tax bills.

A BOT is a public-private partnership often used to fund infrastructure projects. The structure calls for a public entity to designate private firms to design, operate and maintain the facility for a certain period. After an RFP process, Meyer Najem Construction and GM Development were selected.

“This is the culmination of seven years of planning,” Westfield Washington Township Trustee Danielle Carey Tolan said. “The library and the township are very much integrated with programming and community initiatives, and this partnership will allow both entities to expand programming, share space, equipment, staff and ultimately provide a more efficient asset to the community.”

It will also allow the trustee’s office to sell its current space in Carmel, which was built as a residence.

“It’s not conducive for everything we do, such as public meetings or meetings with clients,” Carey Tolan said. “It’s a house, not a commercial building.” 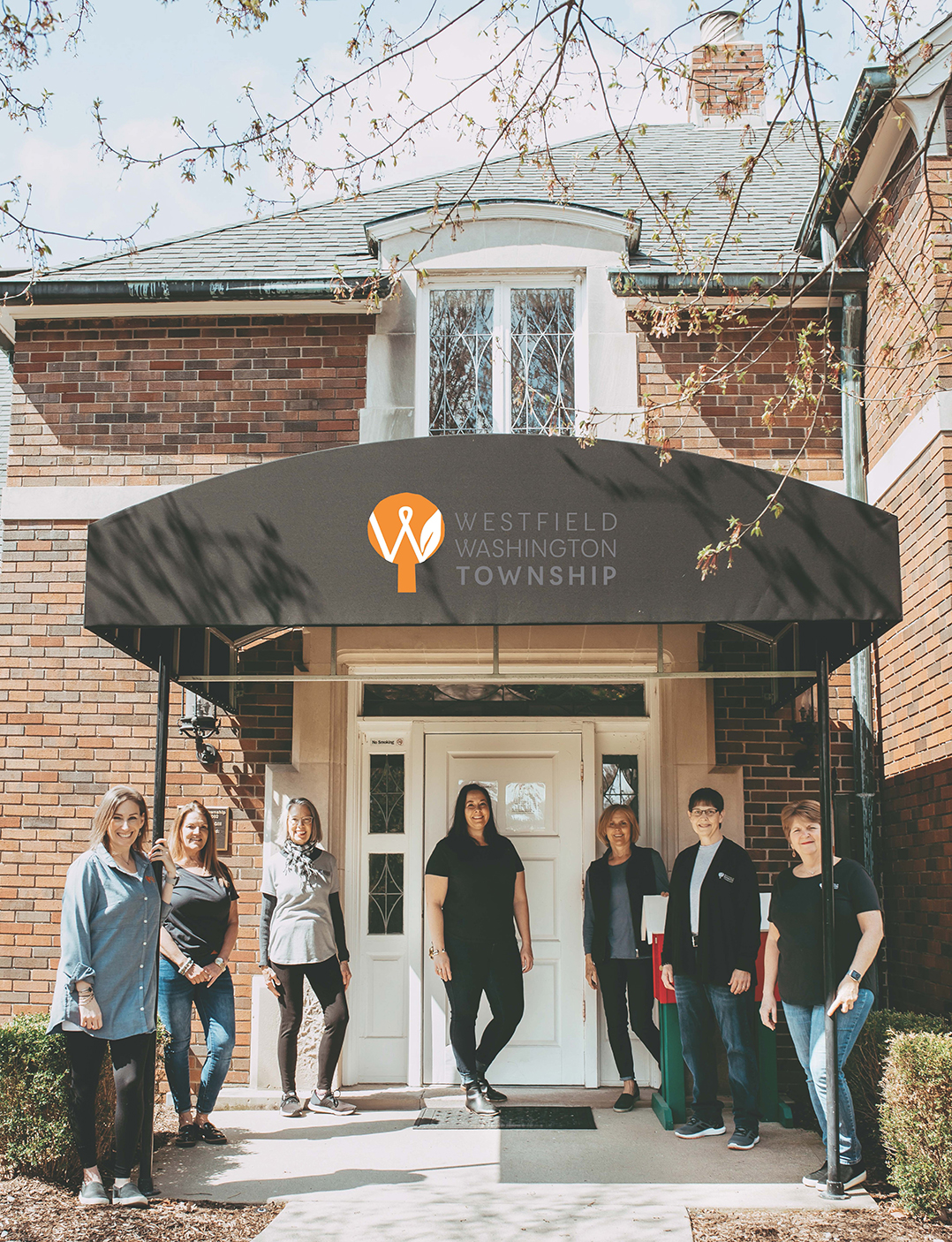 More than a building

“It shows the community how government agencies can work together to be efficient,” Carey Tolan said.

Carey Tolan estimates by working together, the two agencies are saving 30 percent to 50 percent as opposed to going it alone.

“The overall collaboration is exactly what government should be doing,” Carey Tolan said. “We are also putting a building in downtown Westfield that will set the bar for development in the area.”