You are at:Home»Current in Carmel»Carmel Community»Brunette moves from North Central tennis to Carmel High School

Dan Brunette will now be on the other side of it, taking over as Carmel High School boys and girls tennis coach. Under Brunette, North Central captured three IHSAA state boys titles between 2013 and 2015 and have been runner-up six times. 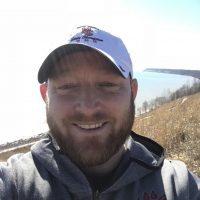 Brunette became North Central’s boys and girls tennis coach in 2008. He took a few years off from being the girls coach before returning last season. Brunette will be a world history teacher at CHS, the same subject he taught at North Central.

“It’s a good fit for my family,” said Brunette, who has 3-year-old twins and a 9-month-old. “The hours are a little more flexible with block classes. It’s a great core group of people. We have a lot of traditions at North Central. I’m excited to bring some of those along with the established traditions from players and coaches, kind of put my mark on the program. I wasn’t looking to move anywhere else, but if a good opportunity comes up, you never know if it will come up again.” 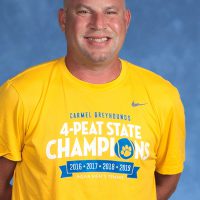 Hanan, 48, had taught fifth grade at Noblesville Schools while coaching at Carmel.

“I was ready to make a professional move,” said Hanan, who eventually wants to teach in the high school.

The Greyhounds have won the past six boys state titles. Hanan was the assistant coach for those first two years and was head coach the past four years. Hanan’s girls team won its second consecutive state title in June.

Hanan said he was ready for one more challenge professionally and as a coach.

“I think it’s a sleeping giant and could eventually compete with one of the top programs in the state,” Hanan said. “The kids want to win. They just need some help to get them going.”

A former Center Grove High School player, Hanan lives in Noblesville. But said he feels at home on the south side.