The Carmel Swim Club has a lengthy history of success.

But it logged a new achievement when it captured its first junior national title by winning the Aug.1-5 USA Junior National Championships in Irvine, Calif., with a combined boys and girls score of 440 points. Dynamo Swim Club (Georgia) was second with 403.

“It’s always a special moment when you win on your own, but I think many Carmel swimmers could agree that winning as a team gives a different feeling of accomplishment,” Alex said. “Bringing home the title shows that our team has great strength across both genders.”

Aaron said it was amazing to be part of the team. 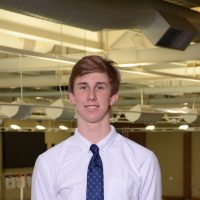 “Obviously, Carmel has won plenty of (IHSAA) state championships, but to do it on the national stage was definitely special,” Aaron said.

“The relay highlight was the girls 800-meter freestyle relay that took first at the meet with all four girls swimming lights out,” Plumb said.

Plumb said the team’s experience in nationals in the summer of 2021 made a difference.

“We swam well in the prelims to qualify to score,” he said. “At this meet, this is not an easy feat. The team has been going straight for about 50 weeks and has been dedicated to swim this well at Junior Nationals.”

Alex turned in personal-best times in both her butterfly events.

“(It) was a great confidence boost considering I wasn’t fully rested,” Alex said. “In the 100 fly, I was happy with my morning swim because that had been my fastest time I’ve swam in prelims, but I was seeded second going into finals, so I had unfinished business. Each time I race I learn new things for the next time. At this meet, it happened to be the strength in the back end of my races. I’m starting to learn how to go out more calmly and relaxed and come back faster.” 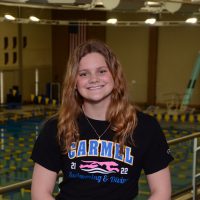 Berglund, who has committed to the University of Texas, placed second in the 100 backstroke.

Alex said she is eager to represent the USA in the Pan Pacific meet.

“I think Jr. Pan Pacs will be a great experience and lots of fun,” Shackell said. “I’ve also never been to Hawaii, so I’m super happy the meet is being held there. In terms of racing, I’m excited to see what I can do and be surrounded by the Team USA culture.”

Aaron said he looks forward to seeing how he competes with some of the best swimmers in the world.

“I think Junior Nationals was a really fun meet on the team aspect of things and should allow me to see what I did good and bad before Pan Pacifics,” said Aaron, who has made a commitment to the University of California, Berkeley.

Berglund said the Junior Nationals was a great competition before the Pan Pacific meet.

“I am  looking forward to  seeing friends and meeting new people, as well as being coached by some of the best coaches in the country,” Berglund said. “The atmosphere of Team USA is unmatched. Is so fun to compete and be around people that have similar goals as you.”