You are at:Home»Current in Carmel»Carmel Business Local»Needler’s celebrates first year in Carmel

For Julie Needler Anderson, there was much reason to celebrate the one-year anniversary this month of Needler’s Fresh Market’s opening in Carmel’s Brookshire Village Shoppes.

“We’re pleased with the response we’ve gotten from the community members,” said Anderson, vice president of marketing and the chain’s co-owner with her brother Michael Needler Jr., the CEO. “We continue to tweak our offerings to appeal to the Carmel customers. They are making specific requests if they have a particular item they need. We’re looking to add to our variety. As an independent, we have that liberty to serve the community as they wish. We try to find those items that they are looking for in particular. At the same time, we’re competitive with price. We want to make sure we are serving all the customers in town.” 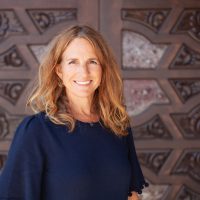 Anderson said Needler’s showed its community involvement by holding a Farm Food Fest event Aug. 11-14, when it featured Carmel-area farmers and small businesses at the store at 4755 E. 126th St.

“We had a wide variety. We had people that sold soap, flowers and pasta sauce,” Anderson said. “We brought them in so they could actually engage 1-on-1 with the customers, learn more about their products and how they are made, how they’re grown and engage at a more intimate level with those vendors. We want to be that small independent grocer that serves the needs of the community.”

Anderson said the store wants to partner with other members of the community who want to serve customers with unique offerings.

“It’s been a positive year of growth and getting to know the community and serving them as they wish to be served,” Anderson said.

Needler’s has not opened any other stores since the Carmel location opened.

“We like to take our time and make sure our investment is right and we are serving that market in the right way,” she said. “We don’t want to rush things. When we entered the market in 2017, buying the Marsh stores, that was a pretty big nut for our company. We knew it was an opportunity. We hated to see an independent smaller retailer go out of the market, so we went in. It’s been great. We’ve built the brand.”

Anderson said many of the company’s employees formerly worked at Marsh.

Anderson said the organization learned that different Indiana cities have different tastes. Carmel is the only Needler’s store in Hamilton County.

“The Carmel store, in particular, has some special features based on what we feel that customer is looking for,” she said. “We have hand-crafted pizza, and we make specialty pizzas. We have deliciously fresh salads. We have a chef in the store that does a lot of prepared meals that people are looking to take home and cook or reheat. We have sushi in that store and homemade doughnuts. It’s right in the middle of the neighborhood, so they were excited to have that.”

Needler’s corporate headquarters are in Findlay, Ohio, but there is a satellite office in the Indianapolis area.

“Originally, we had six stores in northwest Ohio, but through the years some independent grocery owners have been ready to retire,” Anderson said.

So ,Needler’s has acquired some independent stores and kept some with the previous name.

“One of our stores is in Hartford City, Indiana, and that’s where my father grew up,” Anderson said. “My grandmother, Imogene Needler, who passed away last year at the age of 103, still lived in the town. We were able to put a store in her town with her name. It was a wonderful thing at the end of her life.”

Anderson said the company’s mission is to “nourish the community with healthy wholesome food and nourishing community with partnerships, sponsorships and donations.”