You are at:Home»Current in Westfield»Westfield Community»Athlete of the Week: Guerin Catholic senior finishes prep cross country career on a high note

“I was undiagnosed with celiac disease for most of my life, and have known for about a year,” she said.

Those with celiac disease have an immune response to eating gluten, a protein found in wheat and rye.

“After eliminating gluten from my diet, which allowed my body to actually start absorbing nutrients, I have felt a significant change in the way that I run,” she said. “I feel much more confident as a runner as I have been starting to see more and more how much stronger I am.”

The Westfield resident finished sixth in 17 minutes and 59.8 seconds in the 5,000 meters at the IHSAA girls cross country state finals Oct. 29 at Terre Haute. Her previous best state meet finish was 13th as sophomore. 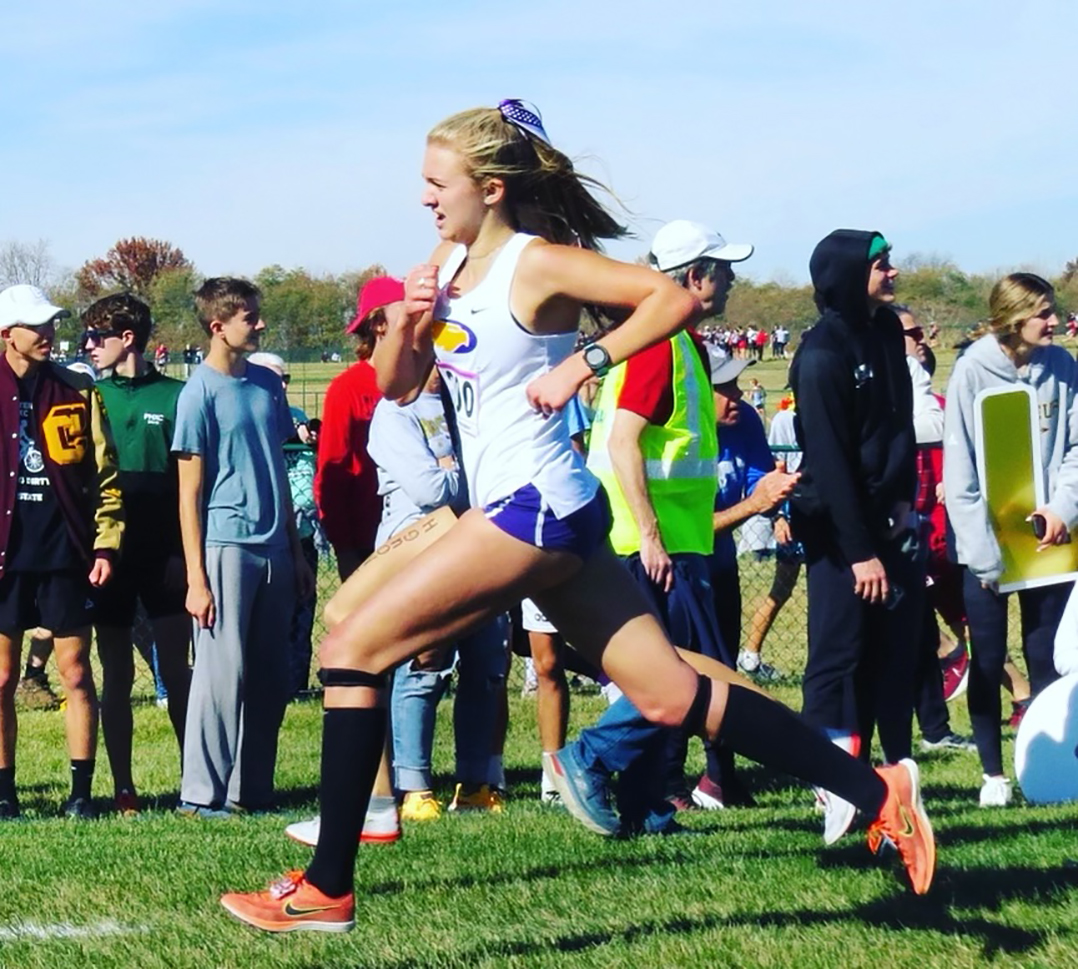 “I was very pleased with my sixth-place finish,” she said. “I knew that this was a very competitive field and was looking forward to racing against some of the best runners not only in Indiana but in the whole country. I was aiming to place in the top five or 10.”

After the state finals, Gallagher was named the Mental Attitude Award winner for girls cross country.

“Winning the Mental Attitude Award was one of the greatest honors that I have ever received,” she said. “One of my favorite parts about the sport is the people in it, and to win this award amidst all of these wonderful people just means so much to me. I am so honored that I was chosen and am so beyond thankful to everyone who made this happen.”

As a junior, Gallagher ran the season-opening conference meet and then learned she had a stress fracture a few days later. She missed the rest of the season.

“She was diagnosed with celiac disease and the stress fracture at the same time,” said her father Tom Gallagher, director of cross country for Guerin Catholic. “We didn’t realize that stress fractures are often associated with undiagnosed celiacs. Bridget is feeling stronger and healthier than ever. We were very grateful for the celiac diagnosis because it gave us a game plan to get her healthy beyond resting her leg. Bridget has been really working hard to strengthen her core and leg muscles.”

Her older brother, Quinn, a 2019 Guerin graduate, runs for Notre Dame. He placed fifth in the state meet in 2018 and won the Mental Attitude Award.