You are at:Home»Current in Fishers»Richardson announces voter precinct changes 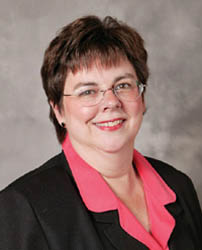 Voters who are in precincts that have been changed for the upcoming elections should have received new voter registration cards listing their new precinct last week. Hamilton County Election Administrator Kathy Richardson said the election office has to take a look at the growth of precincts to make sure they stay within the 1,200 active voters per precincts every year.

“In Hamilton County, it is no surprise with the growth that precincts have to be adjusted,” she said. “Also, if there is any annexation in the cities of Carmel, Noblesville or Westfield, the precinct lines also have to be changed to follow the corporation lines.”

Richardson said no changes were made in 2010 during the census, which increased the number of changes completed in 2011 for the 2012 election cycle.

The following Fishers precincts were changed either due to increased population or annexation:

“In addition to precinct changes, many voters have new House or Senate district numbers,” said Richardson. “The county commissioner districts remained the same, but there were changes to the Hamilton County Council districts in the Clay, Delaware and Wayne Township areas.”

Richardson said further changes may also be made to city and town council districts, as well as school board districts during the year. Visit www.hamiltoncounty.in.gov to check for your voter registration status and other important information regarding the upcoming primary election on May 8 and the Nov. 6 general election. Voters can also call 776-8476 for the Hamilton County Election Office, or 776-9632 for voter registration.

Robert is the managing editor of Current in Noblesville.