You are at:Home»Current in Westfield»Monon Trail designs modified 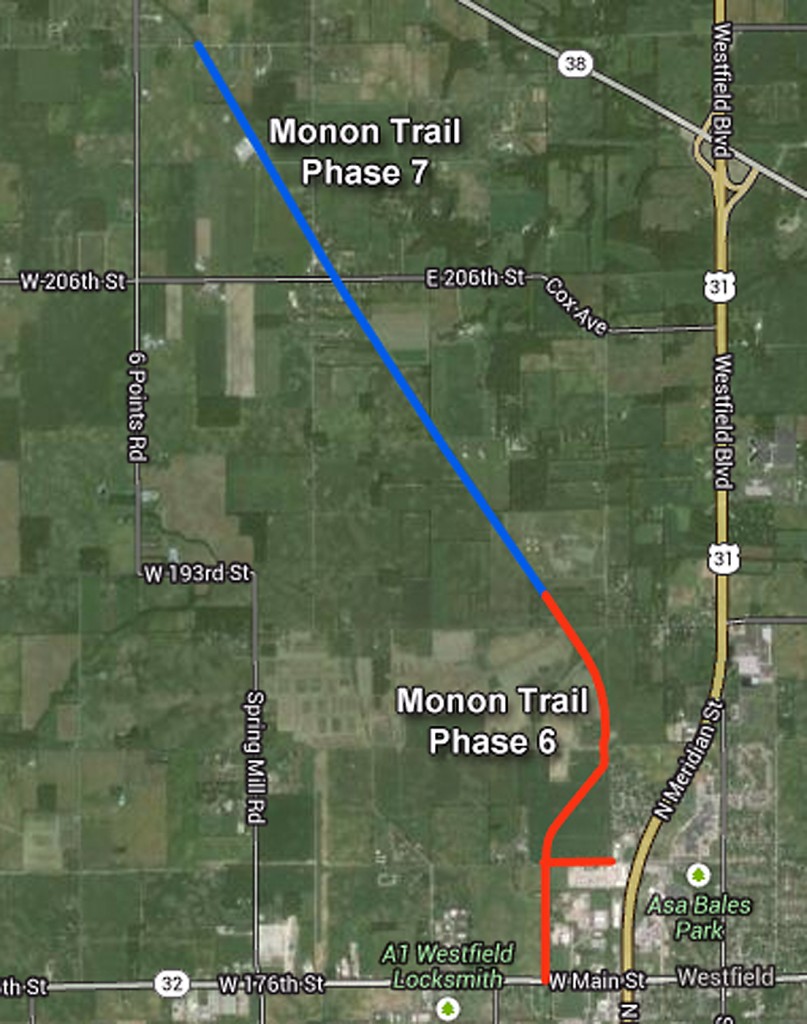 Westfield officials announced what two new areas of the Monon Trail will look like at a public information meeting on Sept. 17. The sections are known as Phase 6 (from Ind. 32 to Monon Trail Elementary) and Phase 7, which continues north to 216th Street.

“We wanted to inform the public of the changes from the original plan. Back then we didn’t know U.S. 31 construction was going to happen,” Parks Director Melody Jones said.

Jones said planning for the Monon Trail extension through Westfield began in 2004. Proposed modifications of the trail plan include the elimination of the equestrian trail and the potential trailhead south of 191st Street. One big change from the original plan is that the Monon Trail will be on the west side of Wheeler Road, not the east. Jones said the old plan put the trail too close to U.S. 31. The proposed trail will consist of a 12-foot-wide multi-purpose path along with a two-way 10-foot-wide cycle track.
Jones said land acquisition will begin next year. Construction of Phase 6 will begin late next year and be completed in 2015.

“The city will pay $2.9 million for the whole project,” she said.

■ Phase Seven improvements will include a multi-purpose trail which will begin at the end of Phase Six and continue along the abandoned CSX-Monon railbed to 216th Street. A trailhead will be constructed along the south property line of the Monon Trail Elementary School and a rest node in Hortonville.