You are at:Home»Current in Zionsville»Sheriff and councilman talk budget, inmates 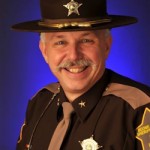 According to Thompson, this tension should be expected between two men with strong personalities.

“I don’t believe [the sheriff is]trying to hide anything,” Thompson said. “I just ask questions because it determines how I vote to spend the people’s money.”

The rifts between the two men at the county council meeting were intensified by Aaron Smith, the founder of Watchdog Indiana, a self proclaimed “non-profit, non-connected, and non-party advocate for good government that focuses on the state and local tax burden of Hoosier working families.”

During a string of emails between Campbell, Thompson and Smith, Smith accused Thompson of playing a game of “gotcha” with Sheriff Campbell during the county meeting.

“I’ve waded knee deep into what appears to be significant public policy (and, maybe, personal) acrimony between Gene and Ken,” Smith said. “I interjected myself into their acrimonious relationship because, in my opinion, it is interfering with the results-oriented conduct of public business.” 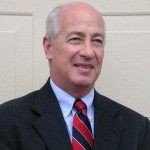 One of the main conflicts between the two men stems from how county funds are appropriated and distributed to the sheriff’s department.

Thompson said Campbell comes before the county council monthly asking for additional appropriations for his department, after the annual budget is already solidified every October.

“He’s perfectly legal in requesting these amounts,” Thompson said. “But let’s not add small amounts like $25 a month. That’s a waste of everyone’s time, or maybe I should say those small transactions are unnecessary.”

Another hot topic is that of jail operations in the county penitentiary. The two main concerns are over inmate medical expenses and inmate phone call expenses.

Sheriff Campbell holds to the statement that he has saved the county more than $1 million in inmate medical expenses. He calculates this because in 2006, the year prior to his election, medical expenses were more than $400,000. Since 2007, the expenses have been closer to $200,000 per year.

“It’s a little bit of a stretch for him to say he’s saved the county money over the past 8 years,” Thompson said. “[He] did save money, but that doesn’t need to be put back in the budget line every time.”

Further, Thompson said that the Boone County jail is making revenue at the expense of the inmates through the company Inmate Calling Services, a network that provides inmates the ability to phone their families from within the jail.

“There was $37,000 in inmate calling revenue,” Thompson said. “The sheriff does a good job of running these jails, but I don’t believe we should be making a profit off the inmates.”

In February, the Federal Communications Commission (FCC) announced that inmate calling services should be cost-based and not for-revenue.

“The FCC is another government regulatory agency that can do many things with little elected over-site. The Indiana Sheriff’s Association and the National Sheriff’s Association continue to lobby with Congress to get them to step in on this matter. Jails are not the same as prisons yet are being treated the same by the FCC,” Campbell stated in an e-mail. “We do make profit from telephone calls and commissary items. We also receive valuable technology that aids in our criminal investigations and reduced staffing needs for the jail a part of our inmate telephone contract negotiations. Mr. Thompson again failed to make any reasonable inquiries of me on this and comes to his rash conclusions as a result. This is nothing new and is legal.”

Thompson said he believes the FCC is right in controlling the inmate calling service fees.

“Mr. Thompson was merely trying to ‘show off’ and try to catch me up in something,” Campbell stated. “He should be concerned that the Council will need to find additional monies if we lose these monies.”

Thompson said he’s spoken to Campbell since the March county council meeting and asked him how they can move forward and improve the atmosphere at future council meetings.

“Obviously if I just didn’t ask any questions we would have kumbaya,” Thompson said. “The sheriff’s a good job being sheriff. I don’t know why my asking questions offends him.”

“I appreciate your comments during the meeting,” Campbell said to Thompson in an email with Smith. “Please know that other Elected Officials, Department Heads, county employees and citizens are frustrated beyond belief with Mr. Thompson and his pompous, belittling attitude toward us. Many feel as you do and your public comments were appreciated by me and these many others.”

Thompson said he believes the sheriff wants all questions ahead of time.

“I would prefer the questions come out in public view,” Thompson said.

Campbell said that he and Thompson had a verbal agreement that this would happen.

“Mr. Thompson agreed with me some time ago, in the parking lot of the Hussey Library in Zionsville, that he would provide me with questions prior to the meetings,” Campbell stated. “If Mr. Thompson believes he is the best at being the Auditor, Clerk, Sheriff, County Health Officer and others, then I suggest that he run for those positions or get appointed to them. Instead, the pompous, condescending, obstructionist attitude projected to this Office, other elected officials, department heads, employees and others by Mr. Thompson and a few other Council members impedes efficient and effective operation of county government.”