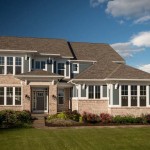 What happened: The council voted 5-2 to approve zoning for the proposed Ashmoor development. Councilors Carol Schleif and Rick Sharp voted against the project.

What it means: There was some debate previously about the density of Boomerang Development’s new housing development. Neighbors at nearby Shelborne Road thought there were too many homes on not enough land, which they said would affect the character and the infrastructure of the area. Schleif was one of the most vocal questioners, saying she was also concerned about the look of the homes, specifically the size of the porches. In the end, a majority of councilors said they were satisfied with the changes the developer had previously made to the plan and felt comfortable proceeding. Ron Carter said he voted in support because the market forces have decided that this is what people want. “The one-acre lots are not going to be the product that sells in the near future,” he said.

What’s next: Developer Corby Thompson can proceed on the project.

What happened: The council tabled approval of $681,400 in arts funding

What It means: Every year, councilors appropriate 1 percent of the city budget for arts funding, which helps various organization throughout the city. This year, funding has been slightly delayed by a proposed bill to reconsider how the money is dispersed – that bill was eventually withdrawn by Luci Snyder, its sponsor – and also because there have been questions about how much money to distribute. Some on the council felt ready to vote on the funding, but others said they still weren’t sure what the exact city budget is and so they asked the bill be tabled until the next meeting. City Accountant Curt Coonrod estimated that the budget is $63 million, so some were confused about how $681,400 would represent 1 percent. Snyder said a meeting will be scheduled to resolve the issue prior to the next council meeting.

What’s next: Snyder said she expects the issue will be resolved at the May 5 city council meeting.

What happened:  The council delayed voting on renewing the contract of the financial consultant for the Carmel Redevelopment Commission

What It means: Nobody on the council debated the work performance of Mike Lee, who handles financial administration for the CRC, but some on the council were concerned that they didn’t have the contract in front of them that they were voting on. His fee was proposed not to exceed $50,000 a year. Some councilors wondered how that compared to previous years. No one criticized Lee, but they felt that a lack of information necessitated a delay to obtain the documents.

What’s next: The CRC will provide the documents and the council will likely vote on the contract May 5.

What happened: The council voted unanimously to approve zoning for The District, a new housing development near Main Street and Old Meridian

What it means: There has been no public outcry over this proposed project – which city councilors have noted is quite rare – so it was easily passed without discussion. The $80 million mixed-use development will sit on 30 acres just east of Meijer. It will feature 400 apartments, 65 single-family town houses, a hotel and a senior-living facility.

What’s next: Construction is expected to begin in the first quarter of 2015.

What happened: The council voted to amend and approve a resolution to transfer property from the city to the CRC.

What it means: There’s a piece of undeveloped residentially zoned land at 7th Street NE and 2nd Avenue NE which will now be owned by the CRC, which it can now sell to a developer. It was explained that the CRC would be better equipped to plan what goes into this space since it is located in the Carmel Arts and Design District. Under the suggestion of Rick Sharp, the bill was amended to allow the City Council to approve the final sale, so they could be sure that it is sold for the proper price.

What’s next: The CRC will work to sell the property and then seek council approval before everything is finalized.

What happened: The council approved resolutions regarding the distribution of funds from the sale of city-owned properties

What it means: Various land parcels owned by the city are being put up for sale and the city council needs to approve the asking prices and where the funds will go. In some cases, they amended the ordinance to specify where the money would be distributed because previous funds connected to the property are no longer in existence.

What’s next: The properties will now go through the process of being put back on the market.

What happened: The council approved $83,600 for various CRC projects

What it means: Councilors tabled this bill at the last meeting because there were concerns raised about if there was enough money in the budget for the CRC to continue with new projects. Sharp objected at the previous meeting because he felt he wasn’t given enough information to feel comfortable voting on the bill. In the end, new CRC executive director Corrie Meyer spoke to the council, provided documentation and budget information and the council approved the funding. Meyer said it’s likely these projects could come in under budget as well. The projects include improvements to the Monon Trail, constructing a pocket park and moving Duke Energy lines.

What’s next: The CRC can continue with their projects.

In other news: Ordinances involving the creation of a stormwater utility, regulation of noise, changes to the Range Line Road Overlay District and changes to the city’s comprehensive plan remain in committee.