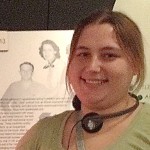 Ever since I was young, I have always been interested in social justice issues. I wanted to enrich myself in culture, and soak up information from experience instead of just reading a textbook. This spring break I decided to embark on an IUPUI Freedom Rides trip to Memphis, Tenn. By going on this trip without knowing anyone, I knew I would be stepping outside of my comfort zone. However, I came back with more than I could ever ask for: gained additional insight about social justice, confidence in my style of leadership, and memories with new friends that will last a lifetime.

We started the day with introductions and icebreakers to get to know one another better before we left Indy. On the way on the bus we bonded over a game of Mafia and watched the PBS documentary: “Freedom Riders,” and the movie “The Help.” Once we arrived in Tennessee, we unpacked our luggage and camped out at the Evergreen Presbyterian Church. Across from the church is Rhodes College, where we had access to showers from their locker rooms. IUPUI’s Director of Student Involvement Chad Ahren, who used to work at Rhodes College, took us on a tour of the campus.

Our group visited the Rock n’ Soul Museum. I was able to recognize how much Jazz, Blues, and Soul artists paved the way to the creation of rock n’roll. The museum included history of instruments, technology like radios and jukeboxes, and a history of Beale Street. After going to the museum, we volunteered at Washington Bottoms Gardens. I was a part of a group who built a rock wall for a garden out of rubble and rocks left behind after a fire. Together we made an impact on the community.

I was eager to visit the National Civil Rights Museum, and it did not disappoint. There were several areas of the museum to explore. I couldn’t possibly see it all, but I walked through the bus that Rosa Parks refused to give up her seat in, passed by a recreation of the Freedom Riders’ burning Greyhound bus, listened to Dr. King’s last speech, “I’ve been to the Mountaintop,” and finally the Lorraine Motel. It was surreal to see the balcony Dr. Marin Luther King Jr. stood before the assassination, and was chilled by seeing the bathroom room window where James Earl Ray shot him.

We were led on a historical tour, where we saw many historical sites including Stax Records, Slave Haven and the Mason Temple. Slave Haven is a house that is a part of the Underground Railroad. I learned about the symbols that slaves used to communicate with one another and how they sang songs like “Swing Low Sweet Chariot,” to explain their plan to runaway to freedom. When we stopped at the Mason Temple, I felt emotional thinking of Dr. King’s quote in his last speech, “I may not get there with you. But I want you to know tonight, that we, as a people, will get to the promised land!” I thought about the accomplishments that the Civil Rights Movement made, but how we haven’t got to the promised land yet.

We had a speaker, Rychetta Watkins, address us about activism, and how we must have a vision in order to take steps to support our cause. We each filled out worksheets about what our vision related to social justice is and what goals we would have to accomplish our vision. Then we gave each other feedback on our vision statements. In the evening, we soaked in the culture by listening to the music as we walked around Beale Street.

Our day of departure provided reflection time. I learned about the confidence I have after expressing myself, bonding with friends, and making connections with what I’ve learned in the past to my experiences in Memphis. I realized that I can make a difference and inspire others to do the same. I have aspirations for the future that one day we will achieve social justice for all people regardless of race, gender, sexual orientation or disability.