You are at:Home»Current in Carmel»Carmel resident Indiana’s first doctor to perform procedure 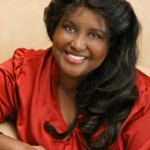 Dr. Michelle Jones Singer, a Carmel resident whose office is in Fishers, is the first physician in the state to be using a new treatment for postmenopausal women. The procedure, called the MonaLisa Touch, treats thinning, drying and inflammation of the vaginal wall.

“The Mona Lisa Touch is a fractional Co2 laser for the vagina. It was invented in Italy,” Jones Singer said. “They’ve been using it for vaginal dryness, postmenopausal women, women who have had breast cancer and women that can’t take estrogen.”

It has also been found to help women with bladder leakage, which usually requires surgery.

Jones Singer performs the treatment in her office. A typical course of treatment is three procedures in an 18-week period. Most women report an improvement after the first treatment.

“It’s a 6-inch long device that goes inside the vagina. It’s painless and it takes less than five minutes. No anesthesia is required. It’s done right here in the office. Most ladies return to regular activity that day as soon as they leave,” Jones Singer said.

The procedure was approved by the FDA in 2014. Jones Singer trained under Dr. Mickey Karram who is credited with bringing the new treatment to the United States. Jones Singer said it will help many women with something that isn’t often discussed.

“Studies show vaginal atrophy is very depressing to women from age 50 and on because it affects their sex life,” she said.

The laser works to stimulate the vaginal wall to generate collagen, elastin and increase blood vessels.

“What that does is help the mucosal layer which is the vaginal lining layer. That keeps the vaginal wall healthy. Women will be able to enjoy the intimacy with their husbands,” Jones Singer said.

For more information on the Jones Singer or the MLT visit indianapolis-cosmetic-surgery.com