You are at:Home»Current in Zionsville»Former Whitestown high school to be transformed into brewery 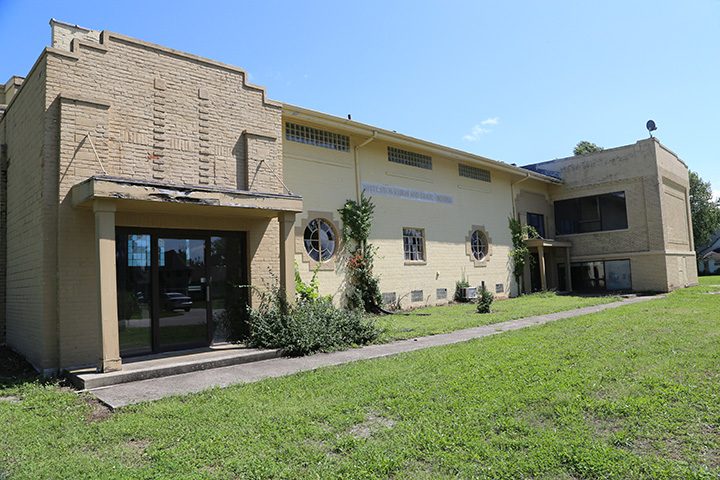 Whitestown’s former high school will soon be home to the Moontown Brewing Company. The historic building that was once filled with students from 1914 to 1963 is now dilapidated, the windows busted out.

But commercial builder and craft brewer Pete Mattingly saw the potential in the space and knew he’d found the perfect location for the brewpub he and his home brewing partners had dreamed of opening for more than 10 years.

“We will rehab the beautiful round windows and the gym floor where the Whitestown Panthers played,” Mattingly said. “We want to preserve the old gym’s look and feel as much as possible. We’ve even talked about creating a new ‘Panther Brew’ to honor the building’s past as we celebrate its future.”

The Moontown Brewing Company will feature six house brews along with four to six seasonal offerings. The restaurant will offer locally sourced food in a “casual, friendly environment.” The owners also plan to use part of the 10,000-square-foot building as a concert and event venue in the future.

Whitestown town manager Dax Norton said he believes the new brewpub – which will be steps away from the new Big 4 Trail – will help draw people to Whitestown’s Legacy Core and help spur revitalization in the town’s historic district.

“Our Legacy Core is on the verge of becoming a vibrant destination once again like it was when the railroad ran through town,” Norton said. “Entrepreneurs are already seeing the potential in that area, and we believe the Big 4 Trail and Moontown Brewing Company are two big puzzle pieces that will transform that area faster, while also bringing an artsy, trendy vibe that our residents will really enjoy.”