You are at:Home»Current in Zionsville»As 2016 comes to a close, so does Patrick’s Kitchen and Drinks 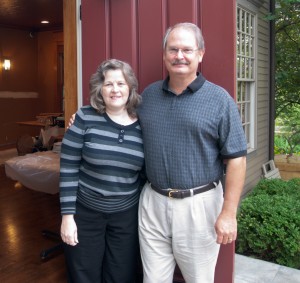 After five years in Boone Village, followed by five years on Main Street, Patrick’s Kitchen and Drinks will close its doors at the end of 2016.

Owners Patrick Mullen and Beth Dickerson made the decision not to renew their lease at the location inside the Brick Street Inn.

“It is with heavy hearts that we announce our closing,” the couple announced on Facebook Dec. 19.

The last day of operation will be New Year’s Eve, when the owners traditionally have a celebration at the restaurant. This year will be a reservations-only farewell feast, with limited seating from 5 to 9 p.m.

Mullen was hesitant to share future plans but said that they are waiting to announce more when they have “concrete answers.”

“We have always thought of Patrick’s as belonging to Zionsville, and we were just the caretakers,” Mullen said in a statement. “We are proud of our contribution to the community, and feel that we’ve been more than just a place to eat and more than just a job for our staff.”

The restaurant first opened in Boone Village in 2007. Five years later, as their lease began to expire, the owners searched for a new location and found an ideal spot on Main Street, where they signed a five-year lease. Thanks to assistance from the community, they moved their restaurant in three days.

A fire outside of the inn impacted the restaurant in 2012, but it reopened with a new chef, new menu and new phase for the restaurant.

Dickerson and Mullen will continue to operate Patrick’s Smokehouse Kitchen inside Danny Boy Beer Works in the Village of West Clay.

“We will miss Patrick’s and his food and his staff,” said Rinkey Boleman, a frequent diner and Zionsville resident. “I’m just glad that they’re going to be over at the smokehouse kitchen.”