You are at:Home»Current in Zionsville»Birds Be Free foundation will continue after founder retires to Florida

Cindy Crowe is moving to Florida, but her foundation will continue in Indiana. 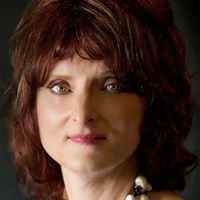 Crowe created the Birds Be Free foundation three years ago to work with women in recovery from substance abuse or those who have suffered from domestic violence.

Crowe owned As the Crowe Flies, a Zionsville hair salon, spa and boutique, 58 N. Main St., for 21 years before selling it to Rio Sharrow in January.  Crowe retired March 1, and a retirement party was held April 28 for the salon’s customers at the Royal Run clubhouse in Zionsville.

Sharrow, a 2009 Zionsville Community High School graduate, will continue to support the foundation by selling product lines that will be rebranded No Label and will give 10 percent of sales to the foundation.

“The idea is not labeling addicts or people with a past,” Sharrow said.

She will still be taking donations for the foundation and helping with placement into halfway houses.

Like Crowe, Sharrow said she has a passion for helping women in recovery.

Crowe said she has a heart for women who were incarcerated because of a family member who was incarcerated.

“I grew up with an alcoholic mother, so I wanted to give back to women who were using to understand the impact they were having on children,” Crowe said.

While visiting a family member, she learned how many inmates don’t get visitors or letters. So she started a pen pal program with the Boone County Jail.

“I usually write seven to 12 letters a week to different women in jail,” Crowe said.

Crowe has given more than 20 makeovers to women after their release from jail.

Sharrow had worked in another salon in Zionsville before buying it.

Crowe is in the process of selling her house and moving to Punta Gorda, Fla., where her husband took a job.

“When I move to Florida I’m going to be continuing to work with women in recovery,” Crowe said.

Crowe said she is starting to write a book called “How I Found My Beautiful.”