You are at:Home»Current in Carmel»Carmel Community»Sheltie who greeted customers at Izzy’s Dog Bakery dies

For the past 10 years, John Mikesell has been baking fresh dog treats at Izzy’s Dog Bakery at 816 W. Main Street in Carmel. 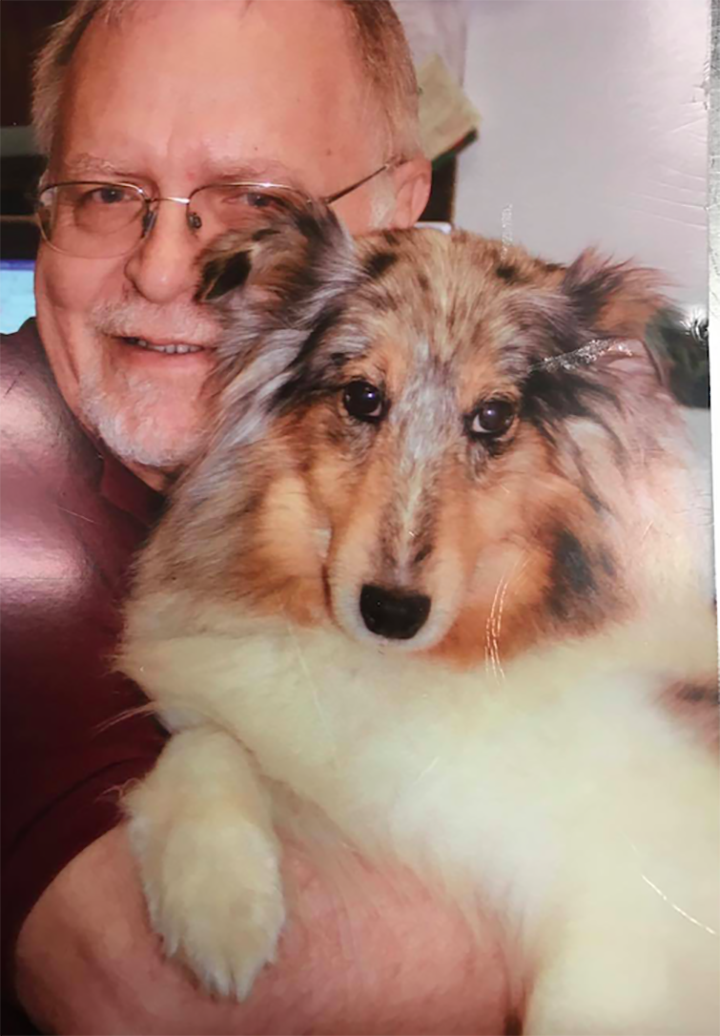 And for the past seven years, the Employee of the Month has been the same every month. A friendly multi-colored sheltie named Karma who would sit by the front door and greet humans and dogs as they walked in to the shop.

“She’s a good salesman,” Mikesell said. “People would buy her extra treats all the time. But she was getting pretty heavy from all the bones people dropped.”

But now when people open the door, they won’t see Karma. The sheltie passed away on June 21, two weeks after a tumor was discovered on her spleen.

Mikesell got Karma seven years ago when she was a year old. He was visiting a sheltie rescue after his previous sheltie Izzy, for whom the store is named, passed away after nine years together.

“At first, Karma ran from me. She was afraid of men,” he said. “And then later I was sitting at a table talking and I look down and there’s a dog licking my hand and it’s Karma. When this dog came up and did that I knew we were meant for each other.”

Mikesell said it’s been hard coming into the shop without Karma. His business partner and friend Carolyn Goeke also has a sheltie, and Mikesell has brought that dog into work sometimes. Soon he plans to watch another sheltie for a friend, but at some point he thinks he’ll get another sheltie of his own. Every time someone asks, “Where is Karma?” it hurts him a little.

“She was well known to a lot of people,” he said. “There’s a saying, ‘Pets are not our whole lives, but they make our lives whole.’ That’s very true.”