You are at:Home»Current in Westfield»Westfield-based IMMI searches for dozens of full time employees, amidst booming seatbelt production 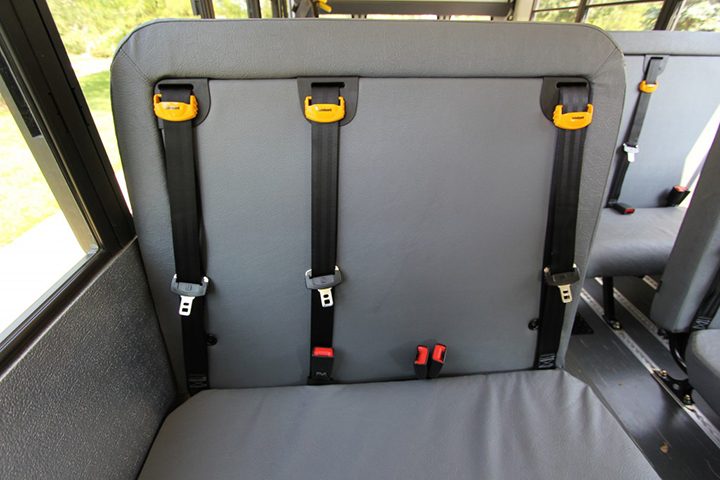 It is a booming time for Westfield-based IMMI,18881 IMMI Way. The company announced in mid-July that it would hire an additional 55 full-time manufacturing employees to keep up with the growing demand for its SafeGuard seatbelts on school buses.

“(IMMI) wants to better protect kids on buses,” said Julie Cooley, IMMI’s Director of Communications and Marketing. “More states are making it a requirement to have seatbelts on school buses.”

Only six states nationwide are required by law to have seatbelts on buses, and Indiana does not. However, Cooley said IMMI is ahead of the game and leading in the industry.

“It has been a real blessing to have all these seats made right here in Westfield,” she said. “The (seatbelts) are protecting children from across the world.”

IMMI employs approximately 1,400 people across the globe, with nearly 500 of those jobs in Westfield.  In 2014, Westfield Washington Schools chose to try a test pilot program on 10 buses by retrofitting them with new seat belts. After more than a year, the district opted out of expanding the use of seatbelts, due to finances a final decision has yet to be made.  Larry Johnson, the assistant director of transportation for WWS said that the seatbelts “are not a state requirement,” and directed further comment to INDOT.

In May, Westfield parents raised concerns on Facebook after reporting overcrowded buses, some parents said their children were cramming three to a seat and sometimes were forced to sit on the floor. In response, the district ordered an additional four buses to its nearly 80 buses. Another two more buses may be ordered in the future, depending on tax revenue.

This year the Indiana Dept. of Local Government Finance approved the district’s request to allocate more property tax money toward school buses. More than $670,000 was approved, according to the appeal document. However, funds granted by the state will pay for just the bus and not seatbelts.

“IMMI offers high performance quality, and superior safety for all of our buses,” Cooley said. To apply, visit imminet.com/about-us/careers/.