You are at:Home»Current in Zionsville»Blooms & Linen moves, expands hours 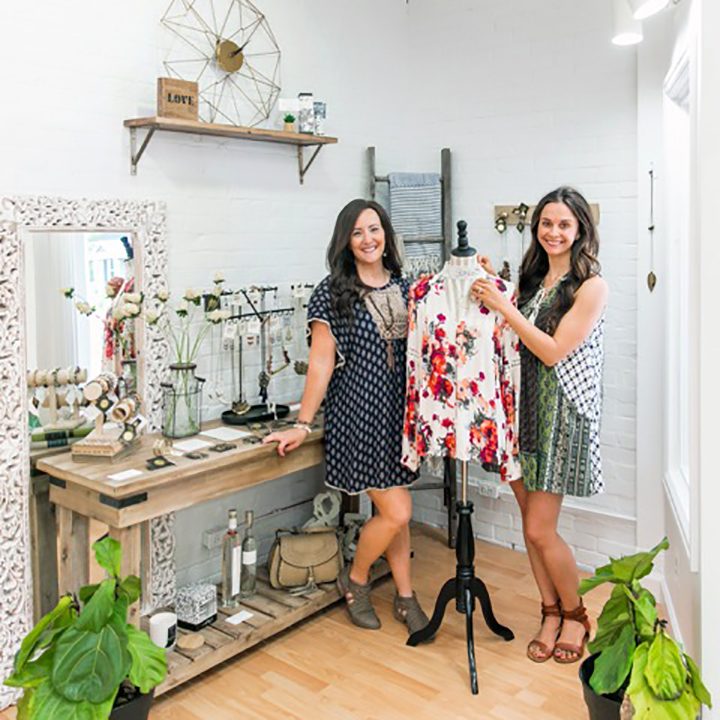 Stefanie Childs and Lindsay Lyon have moved Blooms & Linen to a new location in the village. (submitted photo)

Blooms & Linen has moved to the other end of Zionsville’s brick street, opening at 27 East Pine St. June 6. It is now open Monday through Saturday.

Many Blooms & Linen customers found the previous retail location on Poplar Street after discovering the website. The new home was formerly the site of Earth Explorer Toys.

Logistically, the store is now closer to other women’s retail clothing options that include Lesley Jane, Delaney’s, Siro’s Chic Boutique and the soon-to-open Southern Fancy, which both women said benefit to the town.

“It’s a good way for people to hit all the shops and find something different,” Lyon said.

The pair opened their online boutique in February 2016 in Child’s basement but found it challenging to serve customers who wanted to try on clothing. Moving to an office space in the Village of West Clay met the need and allowed for more storage, but the owners umped at the opportunity to open a storefront in Zionsville last year when space opened on East Poplar Street in October.

After they chose not to renew their lease for the Village of West Clay office, they were in need of storage, which their new location provides.

“We can carry excess inventory,” Childs of the 600-square-foot basement in their Pine Street location. “It’s about the size of our other shop.”

Using the front room of the store for now, they hope to soon add a dedicated kids area and a children’s clothing line. In the meantime, they encourage parents to come in with children and simply relax.

“We want them to feel comfortable shopping with us,” Childs said.

“It’s fun to be over here,” Lyon said. “We feel a little bit more included in the shopping part of the village.”