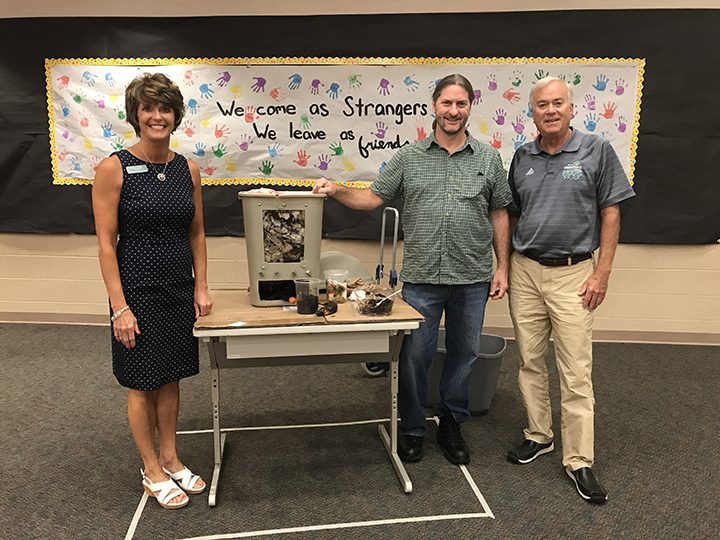 Keith O’Dell, owner of Castaway Compost, taught kids the importance of composting and how it works. Vishalli Lawrence, an incoming Westfield High School junior and member of WHS’s Environmental Club, taught kids how to create reusable bags for grocery shopping out of old T-shirts. 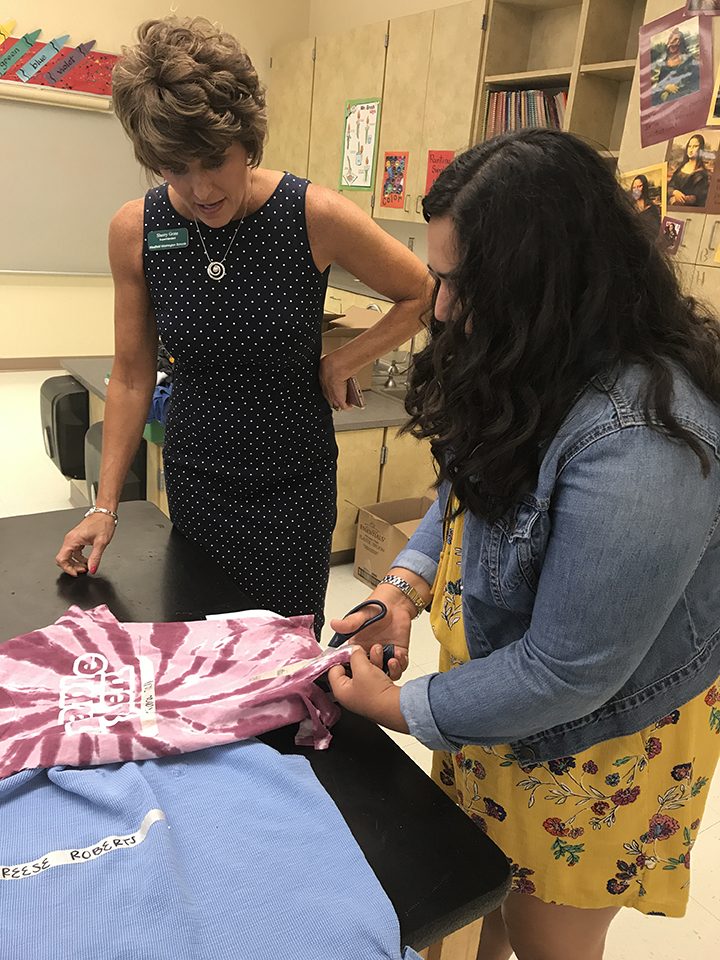 O’Dell told students everything that once lived could become compost, such as banana peels, coffee grounds, paper and more.

“Composting is when you take food and paper waste and some cardboard waste, and instead of throwing it into the trash, you put it into some sort of container,” O’Dell said during the presentation. “What will happen is you have things called decomposers, such as microbes and fungi, that begin to break things down. Then you have other things like mites and bigger decomposers like centipedes. All those are part of the process of breaking things down. Then you have the bigger guys, the worms.”

O’Dell brought in a worm composter to show students how waste turns into compost, with the assistance of red worms, over time. Compost is used to improve garden soil.

O’Dell said he began Castaway Compost when he noticed his engineering company was throwing away a lot of coffee grounds and filters.

“I thought there has to be a better way,” he said.

During the presentiation, Lawrence showed campers another environment-friendly project – making old T-shirts into reusable grocery bags to cut down on plastic waste.

Lawrence WHS used to have an environmental club, but it disolved. She and other students wanted to rejuvenate the program.

“We wanted to start up again because our school really lacked environmental health,” she said. “Our school didn’t have a lot other (methods) than recycling.”

Students brought in shirts with cut-off sleeves. They cut ribbons into the bottom of the T-shirts  to then be tied together.

For more on Castaway Compost, visit castawaycompost.com. For more on the city’s green initiative, visit youtube.com/watch?v=SU7Ralaa-hk&feature=youtu.be.