You are at:Home»Current in Zionsville»Zionsville police search for armed robber who stole Riley Kids donation jar 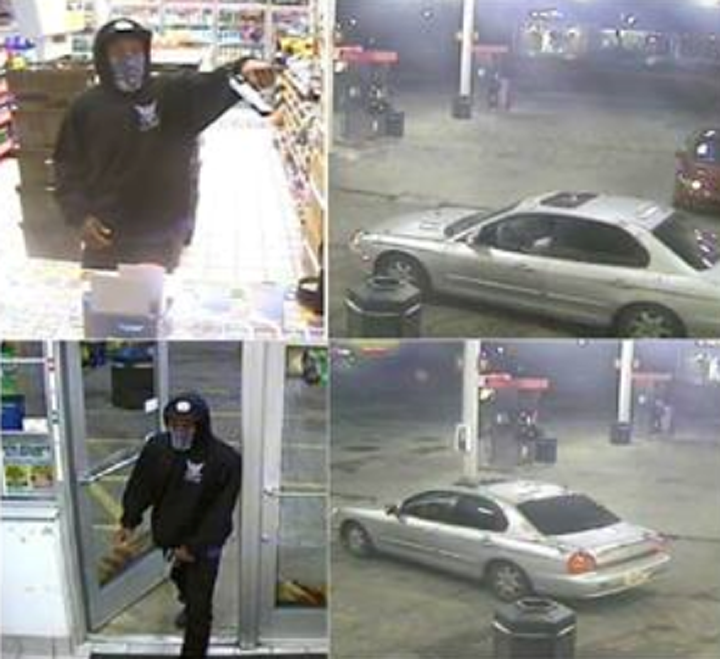 Police are searching for a suspect who pointed a gun at a Speedway clerk and stole the Riley Kids donation jar. (Submitted photo)

Zionsville police are searching for an armed robber who stole the Riley Kids donation jar from the Speedway at 1390 W. Oak St. after the clerk refused to open the cash register.

According to Crime Stoppers of Central Indiana, the suspect walked in to the gas station shortly before midnight Aug. 1 and pointed a gun at the clerk and demanded money. The clerk said he couldn’t open the cash drawer without a purchase, but the suspect kept demanding cash.

The clerk told police that the suspect grabbed the Riley Kids donation jar from the counter and ran out of the store heading east, possibly to a car. A silver car with a sunroof was seen circling the area prior to the robbery, according to Crime Stoppers.

The suspect is described as a black male, 5’5” to 5’8” and 22 to 25 years old wearing a dark hooded sweatshirt. He had a blue bandana over his face at the time of the incident.