You are at:Home»Current in Carmel»Carmel Community»Column: Celebrity divorce vs. legal separation?

Chris Pratt, Hollywood funny man, and Anna Faris, the actress regularly portraying the darling, ditzy blonde, recently announced their legal separation, causing many hearts to break. Amidst the social media buzz and collective sighing from adoring fans, the couple’s publicity provides a timely platform for a common question from clients: How does legal separation differ from divorce? 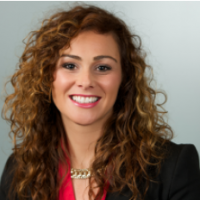 Many prospective clients call our office unsure of whether the best option for their marriage is separation or divorce. Although it is certainly a personal question for all and varies by state (we are talking Indiana law now), legal separation and divorce are quite similar with a few key differences. First, a legal separation does not end a marriage. Only a divorce legally terminates a marriage.

Second, a legal separation carries a time limit of one year. During the course of the year, either party may request the separation be converted to a divorce or dismiss the action altogether; however, the separation legally concludes in one year if no action is taken. Third, legal separation affords the parties an opportunity to live apart, “cool off,” and assess if the marriage can be saved.

On the other hand, legal separation and divorce have a number of similarities. Legal separation and divorce are both formal legal processes which entail opening a cause number with the court, establishing court orders or agreements pertaining to custody, parenting time, support, living arrangements and determining responsibility for debt. Both processes are governed by statutes and both may include court appearances.

Ultimately, and not surprisingly, legal separation and divorce are major life changes. Although separation is a preliminary step, the process can be emotional and difficult to traverse; consequently, advice from an attorney can be beneficial. We may not be sure why Pratt and Faris chose to pursue legal separation instead of divorce, but for those distraught fans looking for one gleaming piece of faith, perhaps their separation means that their journey has not yet concluded but is simply on hiatus.