You are at:Home»Current in Noblesville»Noblesville Cover Stories»Looking ahead: City preps for 2018, highlights infrastructure and downtown development

Highlighted with further development of downtown and major infrastructure projects, the City of Noblesville is looking ahead to 2018 with the continuation of many projects that began in 2017.

“Our goal is to continue growing the city and managing that growth through efficient services and infrastructure improvements,” Noblesville Mayor John Ditslear said. “In 2017, the city began work on several projects and initiatives that will greatly benefit the community, like the Pleasant Street Study, Downtown District Committee, Housing Study Phase II and III and River Activation, and well be able to share more information to the public as the studies end and the projects progress.” 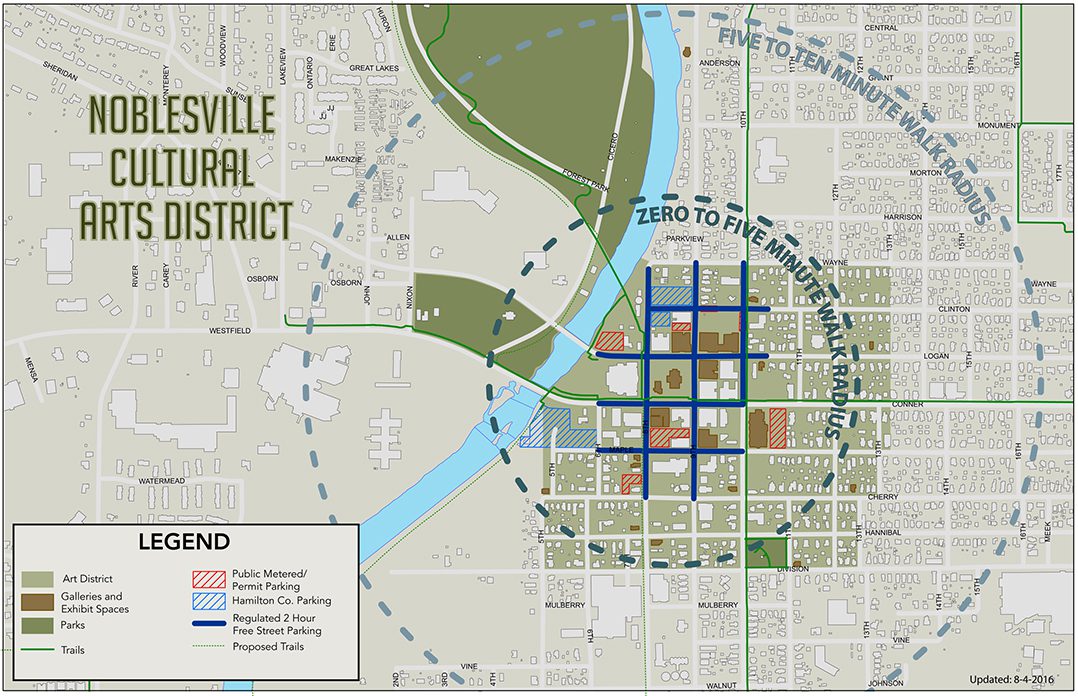 In 2017, the city designated a large portion of downtown as the Noblesville Cultural Arts District. In 2018, Economic Development Director Judi Johnson said more work will be done to cultivate the district and Noblesville Arts Council, which is made up of a district committee, public art committee, events committee and marketing committee.

“Nickel Plate Arts will play a more direct role in managing Noblesville’s Cultural Arts District and development of the local creative economy,” Johnson said. “Nickel Plate Arts, through the leadership of its president, Aili McGill, has the knowledge and expertise necessary to grow the city’s arts resources and will continue to unite the local arts and cultural resources around an inspiring and innovative vision for the future.

“McGill will serve as a consultant to, and coordinator for, the city economic development department in regards to all things art and culture,” Johnson added. “She will facilitate and provide leadership of the Noblesville Arts Council.”

The city also has provided a $5,000 marketing and promotion sponsorship to the arts council for more visibility in the city.

In October 2017, the City of Noblesville hired the consulting firm Context LLC to create the Downtown Streetscape Master Plan.

“Essentially, the goal is to create a wow factor so people know when they enter and leave downtown Noblesville,” Ditslear said. “The plan is in the early stages, but it will extend the downtown borders further out from the Square and create a more functional space for cars and people.”

“In tandem, they are meeting with various stakeholder groups to create a vision for the downtown streetscape and developing goals and guidelines that will shape the backbone of the plan,” Gutshall said. “Starting in 2018, the consultant team will begin to engage the public and stakeholder groups as part of a market analysis of the downtown area. The market analysis will examine economic trends in downtown and identify economic strengths, opportunities and aspirations of the community moving forward. A draft plan will be presented to the public, stakeholder groups, and the Downtown District Committee in the spring of 2018 to gain additional input and direction. The consultant will revise the plan based on the feedback. The final product is anticipated for adoption in the fall of 2018. Substantially transformative streetscape projects should begin in 2019.”

In early 2018, the city’s Housing Vision Plan will be completed. Planning Director Sarah Reed will guide the planning department toward a targeted diversification of housing stock in Noblesville.

“This will be the tool needed to review and revise our Unified Development Ordinance and PLANoblesville (the city’s comprehensive master plan) to incorporate these new types and ways, incentivize them in the location they best fit,” Reed said. “It will also provide a much needed baseline of understanding among administration, council and staff of the key types and locations of focus of residential development moving into the future.” 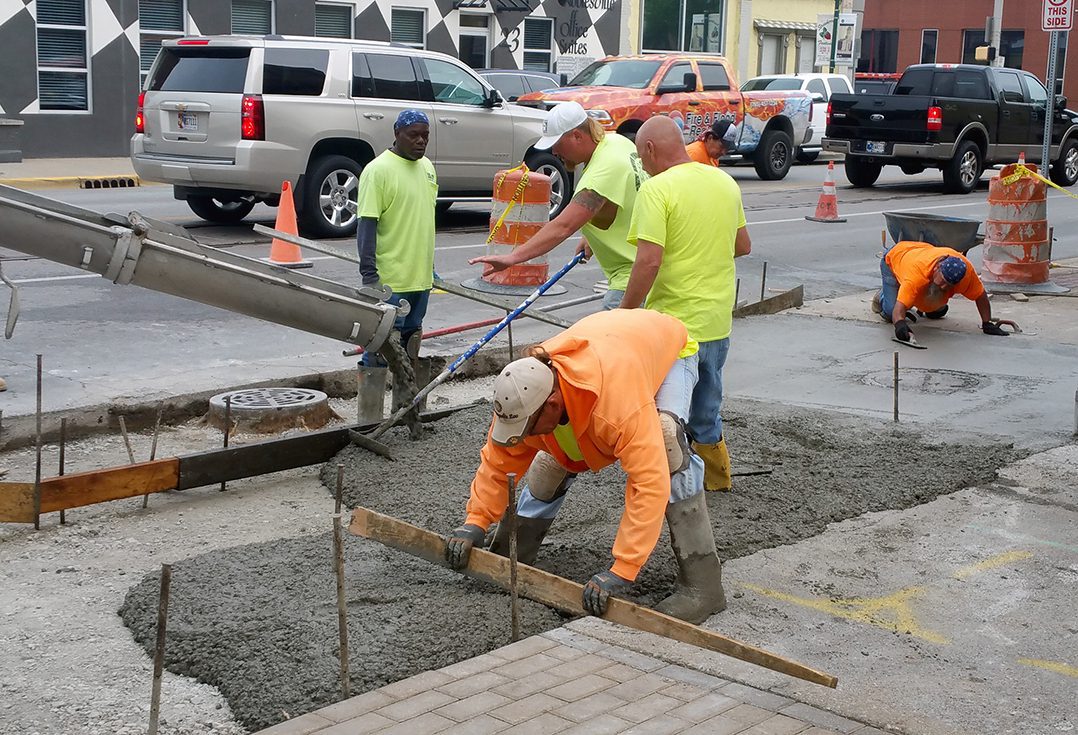 Drivers in Noblesville will see at least four larger road projects coming in 2018 – the extension of Herrimann Boulevard between 141st Street and 146th Street, a roundabount at 19th and Pleasant streets, the completion of road improvements on 141st Street east of Olio Road and the resurfacing and repair of Greenfield Avenue from Ind. 37 to Boden Road. City Engineer John Beery said his department also is actively working on its 2018 resurfacing program, expected to be finalized in February.

The expansion and extension of Pleasant Street is still in the works. Beery said preliminary design options are being prepared, but the overall project is still unfunded and does not have a definite timeline.

“The Pleasant Street project is vital to creating a connector between the eastside and westside Noblesville while relieving traffic from (Ind.) 32 and through our historic downtown square,” Ditslear said. “Preliminary planning began this summer along Pleasant Street from (Ind.) 37 to Hague Road. An additional study on the environmental impact started in August. The goal remains to hold a public meeting in early 2018 so the city can share the preliminary results and impacts.

“Another portion of our work on Pleasant Street is a planning and economic impact study including Eighth Street, Southwest Quad neighborhood and downtown,” Ditslear said. “This study helps us prepare ourselves for whatever that potential impact could be with zoning changes, where redevelopment could happen and how to best connect people with downtown.”

Like the Pleasant Street project, Beery said the overhaul of Ind. 37 to rid its intersections of stoplights also remains unfunded with no timeline, but that the city is attempting to work with the Indiana Dept. of Transportation for a funding solution.

In fall 2017, Noblesville Utilities began the federal, unfunded mandate of building a phosphorus removal plant, which will be completed in late 2018.

“The Phosphorus Removal project is progressing slowly,” Noblesville Utilities Director Ray Thompson said. “The current winter temperatures have effected what work can be completed outdoors at this time. Work yet to be completed in 2018 is to replace the old, leaking, underground air supply system with above-grade stainless steel piping, installation of new energy efficient blowers with control systems and to continue the conversion of our lighting to LED, including the overhead yard lighting.”

Phase 4 of the city’s Long Term Control Plan also will be completed in late 2018.

“The project was progressing well until we encountered other utilities, which had to be moved,” Thompson said. “All roads south of Grant Street that have been dug up for the new storm sewers have been temporarily restored to the surface with either asphalt or stone. With the cold winter temperatures, we cannot restore the sidewalks, curbs and streets effectively with any long lasting quality. Therefore, it has been decided to pause the project until spring. Work to be completed in 2018 includes the installation of three storm sewers at 12th Street running east at Clinton, Logan and Conner (streets), which should help with the short-term flooding during extreme, heavy rains. Another storm sewer will be installed between Monument and Grant down 12th Street. (Restoration) of streets and sidewalks and the continued work on the rain gardens at 10th and Wayne (streets) will also be completed in 2018.”

Noblesville Chief of Police Kevin Jowitt said projects from 2017 will be continued in 2018.

“We made significant changes in 2017 and will continue with those: Intelligence Unit, Problem Oriented Policing Team, Traffic Unit and District Policing,” Jowitt said. “Nothing new is on the horizon in our operations (for 2018). We will continue automating as much as possible. Asset management and fleet management are our primary focus for 2018. Both of those areas are partially automated but still have significant manual processes involved.” 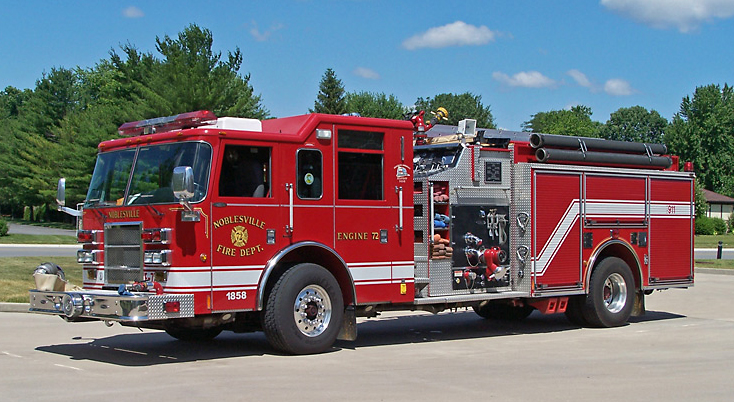 “We will be taking possession of three new apparatus – an engine, a ladder truck and ambulance in 2018,” Hash said. “The engine will go to Station 71 and the ladder and ambulance will be at Station 77.  These are all replacing older apparatus that will be removed from service. The fire department also will be remounting one of the backup ambulances (putting a new chassis under an existing box).”

The fire department also will hire four new firefighters – three will be new hires and one is a replacement. 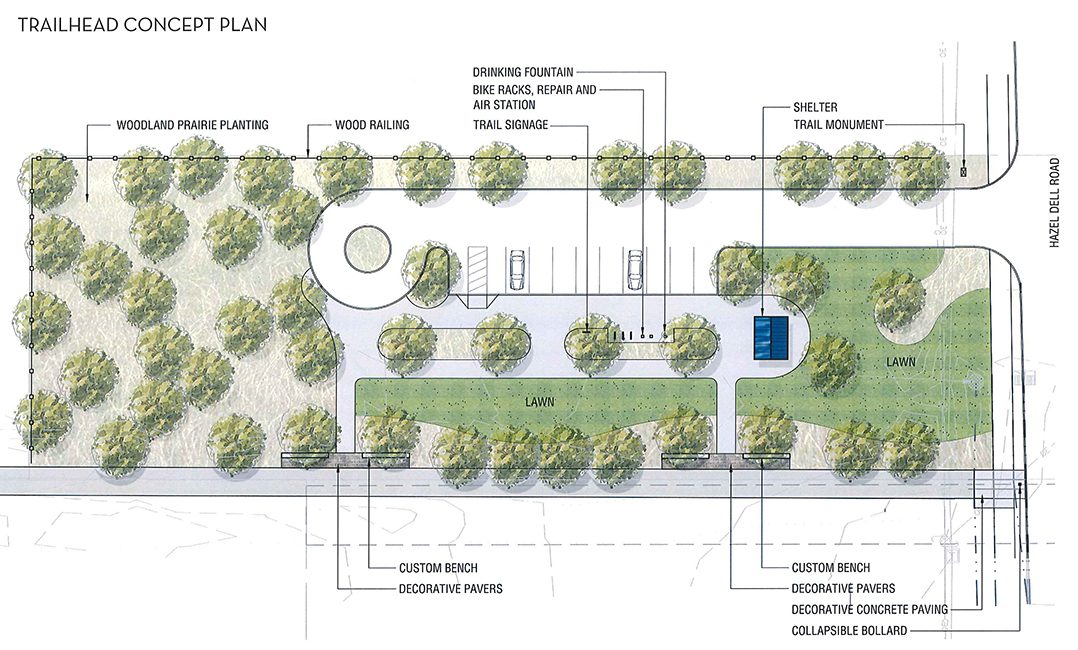 The trailhead for the Midland Trace Trail, including a rest area and trail signage, will be completed in the spring. (Submitted image) 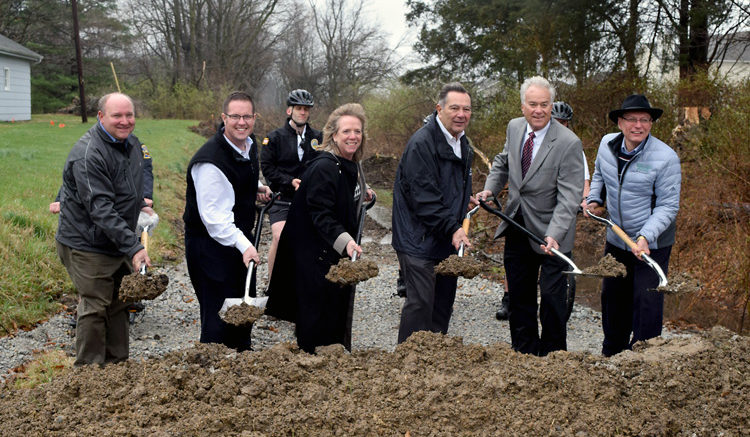 The trailhead for the Midland Trace Trail, including a rest area and trail signage, will be completed in the spring. (Submitted image)

City Engingeer John Beery said work on the Midland Trace trailhead at Hazel Dell Road will be ongoing through 2018.

“The trailhead, rest area and trail signage between Hazel Dell and Gray Roads will be finished this spring,” Beery said. “The next phase of the project from Hazel Dell Road to Willowview Road has been awarded and will begin construction late this winter or early spring.”

In an update on the proposed Nickel Plate Trail, Beery said the city is awaiting the National Surface Transportation Board’s decision on the railbanking application submitted by the City of Noblesville and City of Fishers.

In October, the Noblesville Common Council approved the 2018 operating budget of $65,170,279, approximately $40 million of which makes up the general fund. The budget also builds reserves by approximately $5 million. Sixty-five percent of the $40,904,122 general fund budget pays for public safety expenses. The budget also pays for $2.6 million for road resurfacing and sidewalk/trail improvements; a 2 to 3 percent pay increase for full-time and part-time employees and a 5 percent pay increase for full-time employees to offset a change in the employer/employee split for health insurance premiums; renovations to Forest Park; two Zagster bike-sharing locations within the city; and partnering with Nickel Plate Arts to manage the city’s Cultural Arts District. 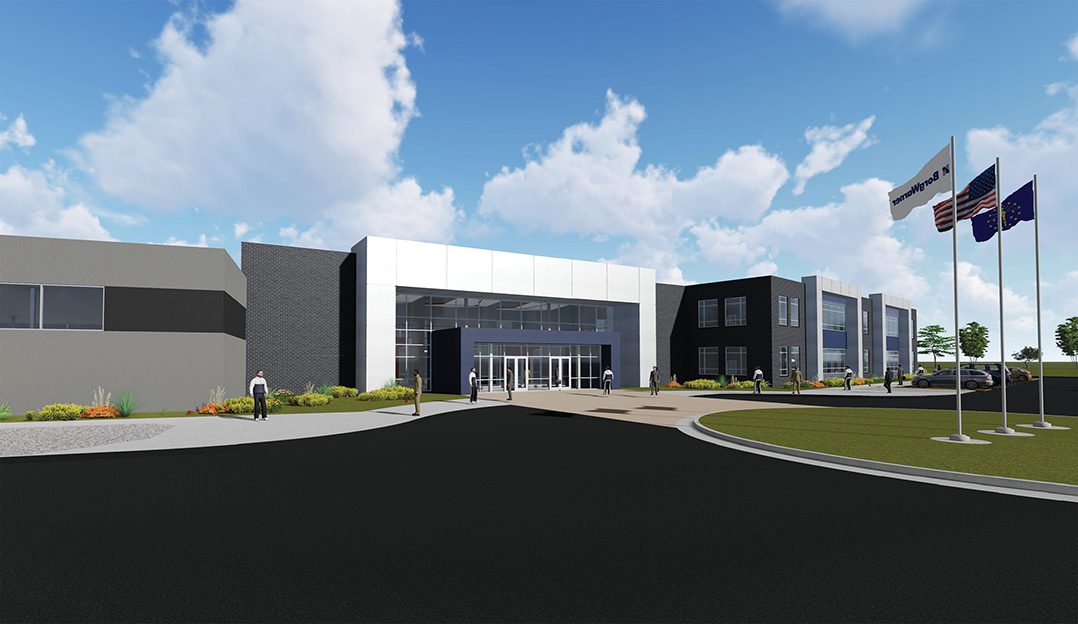 BorgWarner will begin construction in June on its $15 million, 100,000-square-foot technical center at the southeast corner of 141st Street and Olio Road. (File rendering)

BUSINESSES TO OPEN OR MOVE TO NOBLESVILLE IN 2018