David Scotton always knew he was adopted. He grew up in Louisiana and was told about his birth parents in Columbus, Ind., but never asked too many questions. 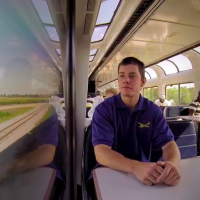 It wasn’t until his birth mother, Melissa Coles, decided to update her contact information with adoption law firm Kirsh & Kirsh, which is located on the Indianapolis/Carmel border on 96th Street, that Scotton decided he might want to meet his birth parents.

Benjamin Clapper, executive director of Louisiana Right to Life, asked Scotton if it was OK if a documentary film crew followed his journey to Indiana to meet his birth parents. What resulted is a short documentary film, “I Lived on Parker Avenue,” which will premiere online March 8, free for all viewers. An Indiana premiere will be held March 14 at The Studio Theater in Carmel. Steve Kirsh, Carmel resident and partner at Kirsh & Kirsh, will attend, along with Scotton and several others involved with the film. Admission is free but space is limited. To RSVP, visit ilivedonparkerave.com/indiana or by call the law firm at 317-575-5555.

In the movie, there’s a scene where Coles talks about entering an abortion clinic in Indianapolis and sitting on the table when she decides against having the procedure. She said she remembered a protestor who said the baby had 10 fingers and 10 toes.

Clapper said he was moved by Scotton’s story but views the documentary as showing the positive aspects of adoption rather than demonizing anyone who chooses abortion. 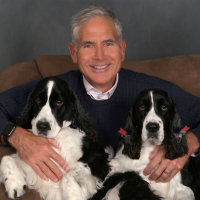 “I really see this as a pro-adoption movie more than an anti-abortion movie,” he said.

Kirsh said he’s worked to help facilitate many meetings between someone who has been adopted and their birth parents. He said such meetings are carefully discussed during legal agreements about adoption. He said many thoughts and fears can go through the heads of all parties involved. In the movie, Coles told Scotton she was worried that he’d hate her for giving him up for adoption, but he responded that he wanted to thank her for what she did.

“Both sides come to these meetings with some amount of trepidation,” he said. “They’re wondering what the other side thinks, and in this film I think Melissa vocalizes, ‘I hope you don’t hate me,’ and David says, ‘Of course not. You gave me a wonderful life.’ That is one of the most important parts of this film, is to validate the birth moms that their kids do love them for making this important decision.”

Kirsh said women who choose to give up a child for adoption should not be criticized for that decision.

“We try to let our moms know that adoption is one of the most loving and courageous choices a woman can make,” he said. “You’re putting the child’s needs above your own to secure the child’s future.”

Clapper said he hopes a lot of people watch the movie, which is why they made it free. Scotton himself appeared on “Fox & Friends” with his birth mother and adopted mother to talk about the movie.

“We think the timing is right for the film,” Clapper said. “Our goal is just to get it into everyone’s head.”