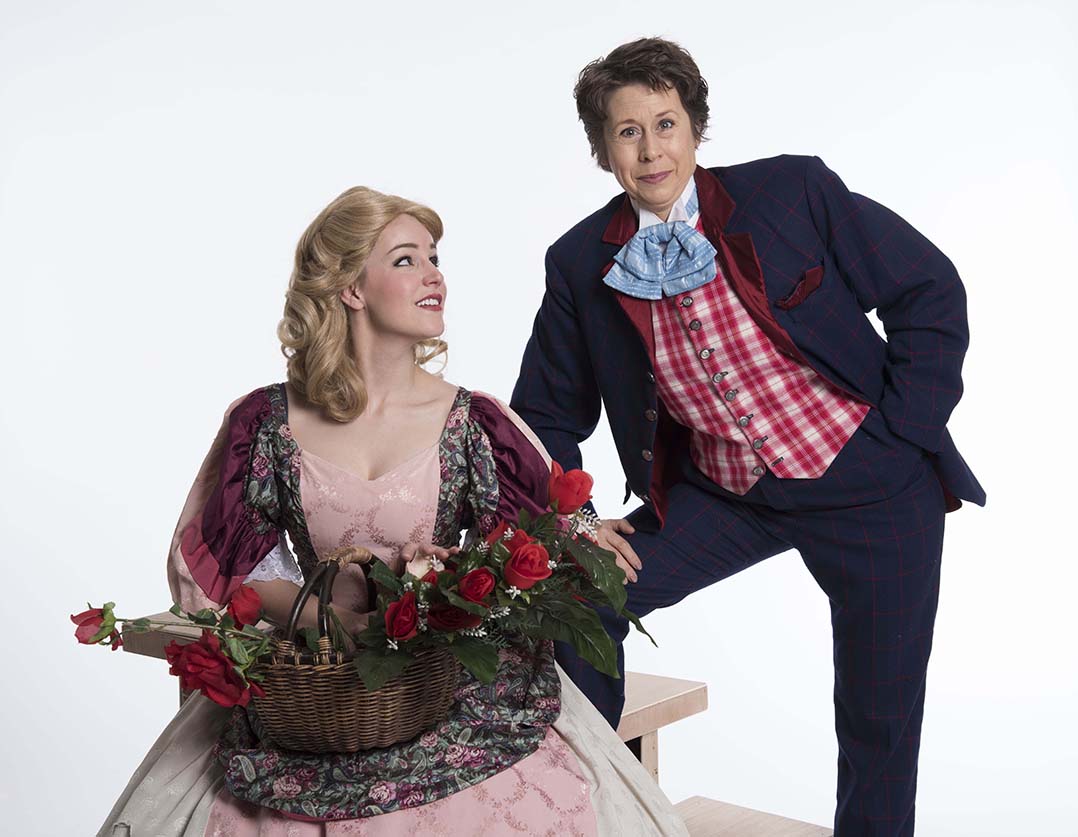 Harli Cooper and Cynthia Collins appear in “The Mystery of Edwin Drood.” (Photo by Ed Stewart)

Harli Cooper fully embraces her two roles in her first Actors Theatre of Indiana production of “The Mystery of Edwin Drood.”

“The idea is so fun,” Cooper said. “The whole premise is a troupe of actors putting on a show so everyone has two roles.”

The roles of Rosa Bud and Diedre are quite different.

The musical, written by Rupert Holmes, is based on Charles Dickens’ unfinished novel, which he was working on when he died. ATI presents the show from April 27 to May 13 at the Studio Theater at the Center for the Performing Arts in Carmel.

“It’s a murder mystery and we don’t know who did the murder officially because some literacy critics have developed and tried to figure it out,” Cooper said. “But the premise of our show is it’s a troupe of actors putting on a show. Because it’s actors putting on a show, the acting part of it is so melodramatic, it’s ridiculous. We’re cracking each other up in rehearsals. It’s going to so much fun. I’m so excited for audiences to see it because everyone in the cast is just brilliant.”

Cooper has been posting on Instagram under atistagelive. Amy Stark, ATI director of marketing, had asked the cast for a volunteer to make social media posts.

“Everyone kind of hemmed and hawed,” Cooper said. “I figured I’m one of the younger people in the cast, so I figured I’m more in the social media generation anyway. So, I volunteered to take it on. I’ve worked with several theaters with more of a social media presence, so I took things I learned from them, like getting to know the cast. I posted short videos of people in our cast with rapid-fire questions like dogs or cash, cash or charge, then little short videos of what is happening at rehearsals or pictures of behind-the-scenes stuff that people don’t get see on the rehearsal side. They see the glamorous with costume and make-up, polished production. They don’t see everyone in their workout clothes in the rehearsal hall.”

Cooper, who turns 27 May 10, said she wants to increase ATI’s social media presence with the playful posts.

A 2013 Northern Kentucky University graduate from Louisville, Cooper has had stints with several theater groups, including Derby Dinner Playhouse in Clarksville, Ind. When her ATI stint ends, she heads to Cumberland County Playhouse in Crossville, Tenn., for the third consecutive summer.

“It’s lovely that I get to do something that I enjoy so much like performing and getting to play pretend, connect with people and sing and dance,” Cooper said. “It’s such a joyful way of life.”