“It was incredible. Once I saw that, I said I got to go out and I got to audition,” Burd said. 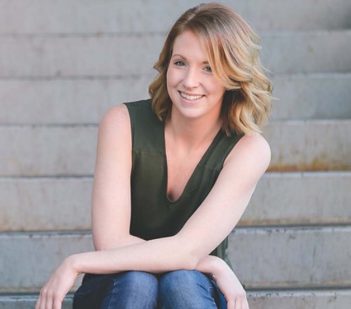 The 24-year-old Carmel resident had a role in “Annie” with Civic in October 2017. She will perform in her second production as Brenda in “Hairspray,” set to run from April 27 to May 12 at The Tarkington in the Center for the Performing Arts.

“She’s one of the nicest kids, so lots of dancing,” said Burd, who previously performed in “Hairspray” for a Chicago theater group. “I was Amber, a very similar role with a lot of dancing.”

Burd, who grew up in Chicago’s suburbs, said “Hairspray’’ is a favorite.

“It’s a great music, a great cast and I have great expectations for Civic putting on a great production,” she said. “I knew this is one (show) I wanted to do again. It’s very upbeat. It’s got a great message, and Civic never does anything less than wonderful.”

Acting has always been part of Burd’s life, having acted throughout elementary school, middle school and high school.

“I did a bit of theater at Butler as well,” the Butler graduate said. “It was an opportunity for me to get involved in the community and meet new people, so that’s why I decided to do theater here.”

Burd lived in Broad Ripple for a year before moving to Carmel.

“I love Main Street and the farmers market they have in the summer,” she said. “I felt like there was more to do and more to see. It’s really nice to be five minutes from (Civic Theatre), too, where some people are traveling about an hour to get here.”