You are at:Home»Current in Fishers»Fishers Cover Stories»Out of the shadows: Township trustee reveals story of sexual abuse, brings campaign to Fishers 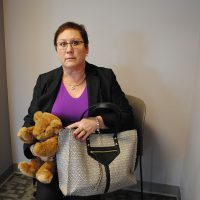 Debbie Driskell reveals she was sexually abused as a child. (Photos by Anna Skinner) 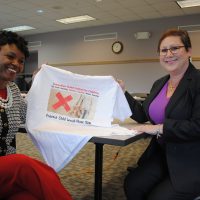 Isha Haley and Debbie Driskell work together on bringing the No More Secrets campaign to Fishers. 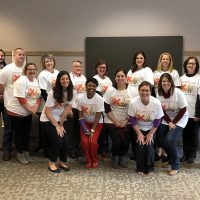 The steering committee for the No More Secrets campaign in Fishers. (Submitted photo)

Delaware Township Trustee Debbie Driskell kept her secret for 53 years. When she heard the story of Isha Haley and how the No More Secrets campaign swept North Township, she decided to step out of the shadows and into the light, sharing her story with her mother this past winter.

“When I heard Isha’s story and I saw her, I thought I can do it, too. I can be open with the fact that I had been abused and I had never told anyone other than when I sought (professional) treatment for my issues,” Driskell said. “As a child, I didn’t have anyone to tell, and that’s where my heart is, that kids know they can tell and they can get help and that adults know what to look for. I exhibited symptoms as a child that if they were observed by someone that’s educated, they would know something was wrong.”

Although she didn’t want to name her abuser, Driskell clarified that the person was not a member of her immediate family.

Haley worked with North Township Trustee Frank J. Mrvan to pass Senate Bill 355, which requires public and private schools to provide at least one hour of body safety curriculum each year before December. The curriculum will begin this fall. The No More Secrets campaign played a instrumental part in passing the bill, which was approved in April 2017. Mrvan spoke at a conference Driskell attended, which encouraged her to bring the campaign to Fishers.

Now that her granddaughters are the age she was when she was abused, Driskell sees the issue of sexual abuse in an entire new light. The goal in bringing the No More Secrets campaign to Fishers is to address other organizations that reach children, such as churches.

“Since schools are already covered, if you think about other places where large groups of children come, we thought of the faith-based, the clergy, the churches,” Driskell said. “We are trying to reach the ministers in all the churches in Fishers with the message.” 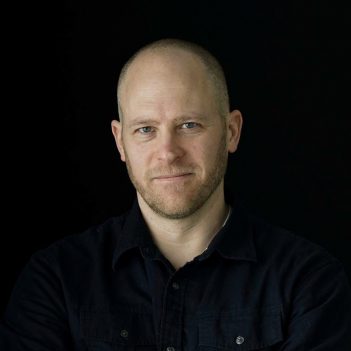 Christ’s Community Church Pastor Nathan Pyle is one of the ministers Driskell and her team have contacted. Pyle also serves on the board of Cherish, a child abuse advocacy center based in Carmel. Pyle now helps No More Secrets enlist churches to become actively involved in raising awareness.

“I really do hope the churches can get behind this and both provide training for volunteers because we do have the unique opportunity of seeing kids on a weekly basis, but also to really support the community and make the community a place where our children are safe, and if something were to happen here, it is a place where they can get both help and healing,” Pyle said.

April is National Child Abuse Prevention Month, and Fishers’ No More Secrets campaign will culminate in a free symposium scheduled from 6:30 to 8:30 p.m. April 30 at the Delaware Township Community Center, 9094 E. 131st St. For more or to register, visit eventbrite.com/e/no-more-secrets-in-fishers-townships-stand-united-for-children-tickets-44661016302.