You are at:Home»Current in Carmel»Carmel Community»Carmel High School grads reminisce at 70-year reunion 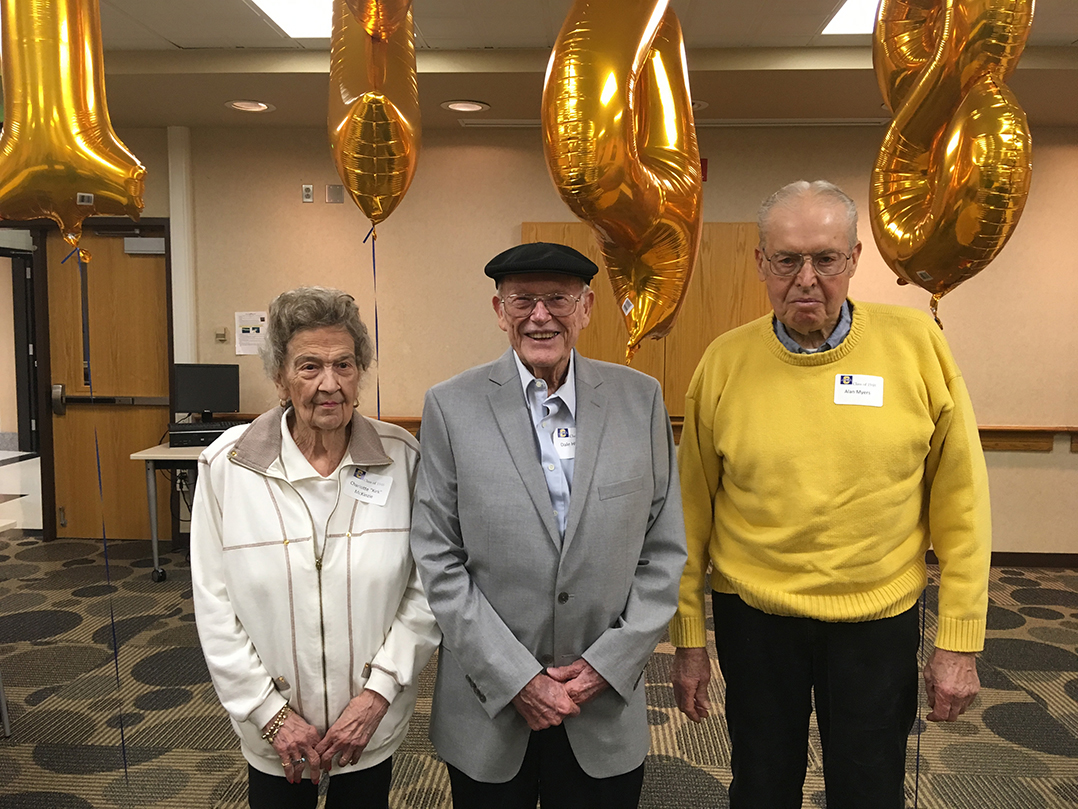 There are nearly 1,200 seniors in the Carmel High School class of 2018. Seventy years ago, there were 28 seniors in a school that housed all grades on the same land where CHS is now.

The Class of 1948 held a reunion April 25 at the high school. Of the 28 members of the class, 11 are still living. Three were able to attend. Another four had to cancel just before the event for health-related reasons.

Carmel resident Dale Hinshaw helped organize the reunion with the help of his daughter, Christine, and brother, Mike, who also live in Carmel.

“Nobody would take over to keep the class together, so about 10 years ago I took over and started getting them together,” Hinshaw said. “We really miss some of them bad because they were the cut-ups of the group.”

Hinshaw has watched the school district and city grow.

“I helped make the growth,” said Hinshaw, who still manages to do some work at age 89. “I had my own real estate company, Hinshaw Realty. I sold houses and farms and set up partnerships.”

Charlotte McKinzie has stayed in Carmel as well but hadn’t been back to the school.

Alan Myers, who lives in Atlanta in northern Hamilton County, was amazed by the size of the school. Wheelchairs were provided for the tour, and Myers didn’t think he needed it at first until he saw how large the school was.

“I was very impressed with the construction,” Hinshaw said. “I was questioning who all the architects were. They did a good job.”

Hinshaw attended the reunion with his wife, Velma.

“We had one of the largest classes,” said Hinshaw, who served in the U.S. Army during the Korean War. “It didn’t start growing until some time after that. I think when they started playing football, it helped interest.”