You are at:Home»Current in Zionsville»Zionsville Community»Colts GM to speak at Zionsville Rotary Club fundraiser

Fresh from the NFL Draft in late April, Indianapolis Colts General Manager Chris Ballard will give a state of the Colts address at a Zionsville Rotary Club fundraiser. 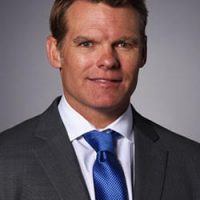 There are 400 seats in the Lids banquet hall. Event chair Ron Martin said if the event sells out, club officials believe it will raise more than $10,000, including funds raised from silent and live auctions.

Proceeds benefit the club’s area service projects. In June, the club plans to build a storage shed for the So Big Mountain House Maternity Home in Whitestown.

“One of our members is a member of Tillers International, and they are working in Africa to teach families to till the ground and grow their own food to try to get them to be self-sufficient and spend less time doing farming so they can have more time to have schools,” said Martin, a Zionsville resident. “That will be a more expensive project for us, so that’s why we are trying to raise more money.”

A silent auction will start before Ballad speaks. There will be a live auction, hosted by Matis, after Ballard concludes. Martin said the goal is to have 20 sports memorabilia items.

In 2011, the Rotary brought in Boston Celtics coach Brad Stevens, who was then the Butler University coach. Former Colts center Jeff Saturday was featured in 2013 and ESPN college basketball analyst and radio talk show host Dan Dakich spoke in 2014.

The club’s third annual Zionsville Sprint Triathlon is set for Aug. 26. It also is a fundraiser.

Single tickets are $35 and includes lunch. There are table prices as well. For tickets, visit buytickets.at/lunch.